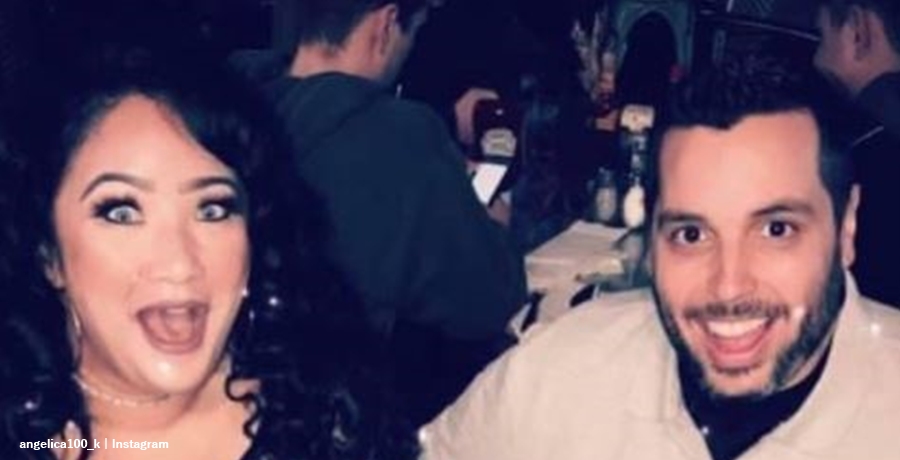 sMothered star Angelica Michaux comes to Season 3 of the show with a story that most fans already know. TLC fans who follow her Instagram account know that her baby Amara arrived in July 2020. So, the new season premiered with her revealing her pregnancy nearly a year after the birth. With that out the way, fans might be more interested to know if she and Jason Ilhe married yet.

We reported that new couples appear in the new season along with an overbearing mom. These include Lisa and Lauren, Karla and Rykia, and Amy and Carina. The returning duos, apart from Angelica and her mom Sunhe, include Kathy and Cristina, and Dawn and Cher. Fans love seeing new duos, but they also enjoy catching up with their favorites from the previous seasons. Recall, in the last season, fans saw that Sunhe and Angelica shared their bathwater and even shared the same bed on occasion.

sMothered star Angelica Michaux and her man, Jason seemed okay, but fans slammed her mom. Recall, he finally went through his divorce from his ex, Vivianna. Sunhe took it upon herself to question her very deeply about all sorts of personal things. Although fans knew about the pregnancy, worrying news came early this year, that Amara tested positive for COVID-19. Fortunately, she only suffered minor cold symptoms. Meanwhile, Angelica worried about her mom who ended up rushed to the hospital as she developed pneumonia. Perhaps the new season covers some of that.

Did Jason and his baby momma marry?

Many photos on Instagram that sMothered star Angelica Michaux shared reveal her gorgeous daughter. However, she also posts some photos of her out and about with Jason. In November last year, she shared a whole batch of photos on Jason’s birthday. Her caption revealed that they seem very much in love. It read, “Happy birthday to my main squeeze for life 💍 “The cool points are out the window & you got me all twisted up in the game” 😜 Here’s to many more, my old man 👴🏼 I love you.”

In the photo, a wedding ring wasn’t visible on sMothered star Angelica Michaux. However, it looks like Jason might wear a wedding band. Another photo revealed that she might have worn her engagement ring. However, there’s no way of knowing how long ago, the picture was taken. Starcasm looked in marriage records and discovered no record of them marrying in  Las Vegas. However, they could have still married elsewhere, the outlet noted.

What are your thoughts, given that Season 3 filmed so long ago? Do you think that the couple finally married? Sound off in the comments below.

Remember to check back with us often for more news and spoilers about sMothered star Angelica Michaux on TLC.