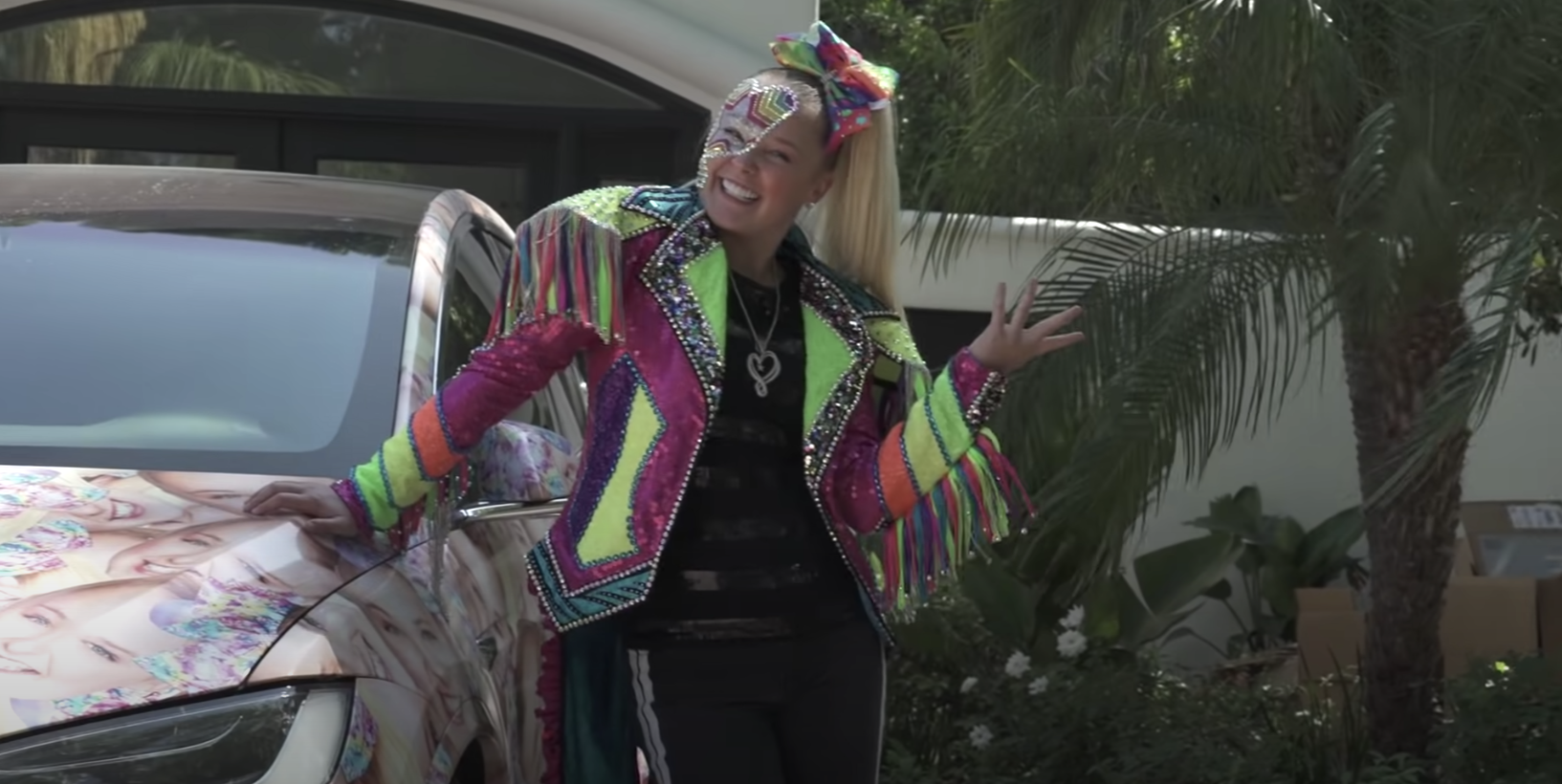 Jojo Siwa has been in the public’s eye for quite some time now. The 18-year-old is known as an American dancer, singer, actress, and YouTube personality. Everything began on the hit show Dance Moms where she appears alongside her mother, Jessalynn Siwa. Jojo’s signature look includes a tight side pony with a large bow. Not only that, the teen seems to love anything that is brightly colored. She’s surely made a name for herself. However, it hasn’t been without controversy. Recently, Jojo came out. Since then, she’s been sharing photos of her girlfriend, Kylie Prew. Keep reading to find out why Jojo Siwa is making headlines now.

People reports that Jojo Siwa is trying to get a kissing scene with a man removed from an upcoming movie. This makes sense considering that it wasn’t that long ago that Jojo announced that she is a part of the LGBTQ+ community.

The movie is titled Bounce. It is produced by Westbrook Studios (Will Smith). Susan Johnson who directs To All The Boys I’ve Loved Before is the director of this film too. Bounce is a Christmas movie that is adapted from Megan Shull’s young adult novel.

The reasons and the timing of Jojo Siwa wanting to get the scene pulled are slightly perplexing. Some might think that once she got the script, she would know what the part entails. The first reason media outlets list for Jojo wanting the scene pulled has to do with her relationship with Kylie. “I’m madly in love and I do not want to kiss another human,” says Siwa. She goes on to say, “Especially because it’s a man.”

She has more than one reason

Next, Jojo Siwa explains that her fans aren’t likely to separate her real-life self from her character, Franny. “That’s what they look at me as, not some character, not some fictional thing. And so it’s going to be a little weird.” This makes for a conundrum if Jojo Siwa is serious about acting for the long run. Without a doubt, this thought process could make finding roles complex for the young actress.

While Westbrook Studios hasn’t commented on Jojo Siwa’s plans to have the kissing scene removed, Jojo is confident that it will happen. “I’m not about it,” she says. “I’m trying to get it pulled so bad. It’ll happen. It’ll get pulled.”

What do you think about Jojo Siwa wanting to get a scene of her kissing a man pulled from an upcoming movie? Do you think she’ll get her wish? Let us know your thoughts in the comment section below. Make sure to come back to TV Shows Ace for more entertainment news.