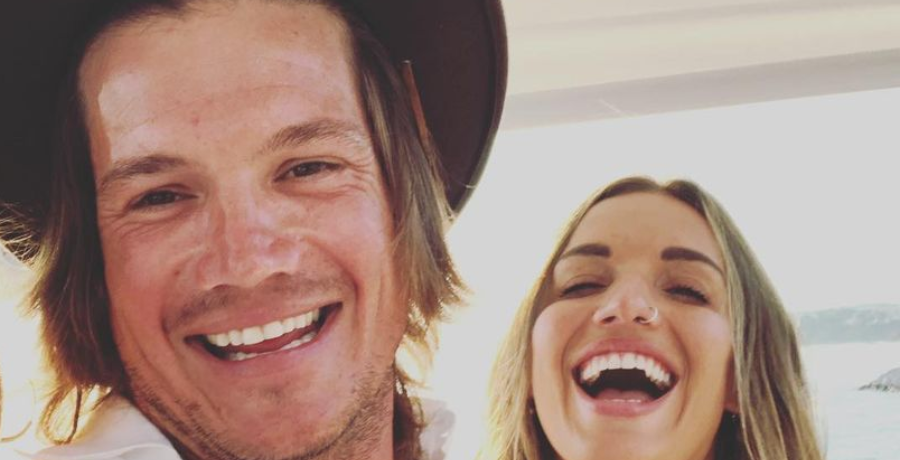 Gary King is having regrets. The Below Deck Sailing Yacht star admitted his mistakes. On the Monday, May 31 episode, Gary watched back at how he reacted to Alli leaving him in the friendzone. She told him that she couldn’t move forward with their relationship.

Previously, Alli found out that the First Officer slept with deckhand Sydney Zaruba. She only thought they kissed that night. Meanwhile, Gary is reflecting back on his bad behavior. He was feeling hurt by Alli’s rejection and decided to flirt with Sydney once again. The episode seemed to tease another hookup between Gary and Sydney.

Gary King flirted with Sydney once again. He couldn’t resist himself during the crew meal. This came after Alli told him that she couldn’t pursue a relationship with him after finding out Gary and Sydney hooked up. While he said that pursuing a relationship wasn’t out of the question, Gary felt rejected.

He decided to pursue Sydney during the crew’s dinner. The final moments of the episode seemed to tease that they were going to hook up for a second time. Gary and Sydney both had intentions to spite Alli for different reasons. Gary felt hurt, while Sydney simply just wanted to get back at Alli for how she felt the past few weeks.

Feeling cute and looking in the mirror like… #BelowDeckSailing pic.twitter.com/Edcmi6ZMMn

Sydney did not like seeing Gary and Alli make out in front of her. So, to have Gary back at her side and flirting with her felt like justice was being served. Meanwhile, First Engineer Colin Macrae tries to talk Gary out of making a mistake. Colin advised Gary not to hurt Alli’s feelings just because of how he’s feeling.

But Gary had something else on his mind. He wanted to pursue Sydney once again. Colin said that talking to Gary is like talking to “a couple of monkeys on a seesaw.” He added that Gary only thinks with “one head” most of the time.

Gary King finally understood what Colin meant. Some would say it’s too little, too late. The Below Deck Sailing Yacht Season 2 star took to Instagram to apologize to Alli. He didn’t like seeing his behavior play out in the recent episode. In his apology, Gary admitted he should’ve listened to Colin.

“Tonight’s episode of #belowdecksailing is not one of my proudest moments,” Gary captioned the insightful post. “I must admit that what I was doing was wrong and I realized it. No [woman] should ever be treated like that, I’m glad we’ve worked through it. I’d like to apologize to @allidoreporfavor for my actions.”