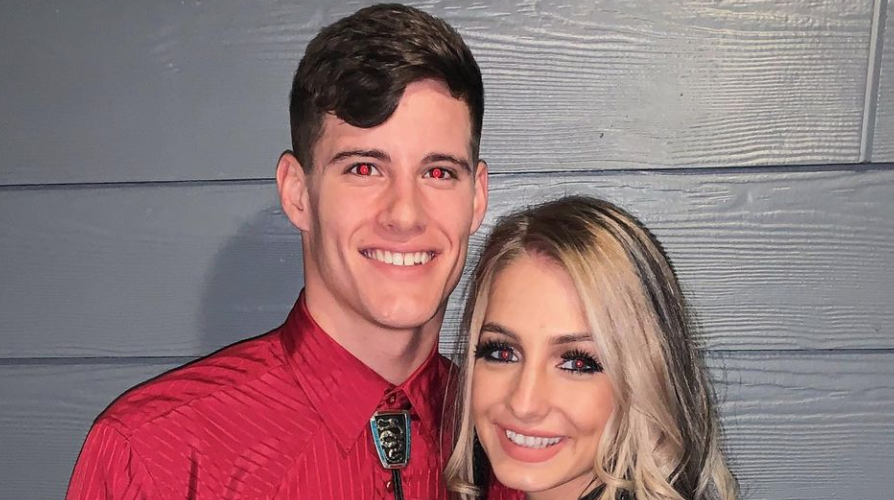 As we recently reported, Moriah Plath shared a Tik Tok of her cat, who’s stolen her heart. In the video, she shows fans the cat and says she didn’t use to be a cat person. While fans adore Moriah and the cat, they were preoccupied with something else they saw in the video. What is it?

♬ Somebody Loves You – Andrew Jannakos

It’s unclear if Moriah is actually engaged because she hasn’t answered any of these questions. Some camera apps flip the camera as well, so we can’t tell if the ring is on her left or right hand. The video could have been recorded on Tik Tok or on her phone’s camera app. Since it varies by app, there’s no way to know for sure.

If Moriah is engaged, it seems likely that she would tell her followers, but that may also be a storyline for an upcoming season of Welcome to Plathville. Though the show hasn’t been confirmed, the family was spotted filming. So, she may be required to keep her engagement a secret if she is engaged.

Moriah has been dating Max for about a year as of May. On their anniversary, she shared a heartfelt post about him on social media. She sweetly wrote, “it has been the best year of my life so far and it continues to get better every day with you!”

Fans love the pair together. When they briefly split up, Welcome to Plathville viewers were pretty upset. Fortunately, they were able to work things out and are doing well not. From what fans have seen on social media, it certainly seems like these two are crazy about each other, but it’s unclear if they are ready to take that next step in their relationship yet.

So, do you think that Moriah Plath is engaged? Or do you think it’s just a regular ring? Let us know in the comments below.

For more updates about the Plath family, check back with TV Shows Ace.