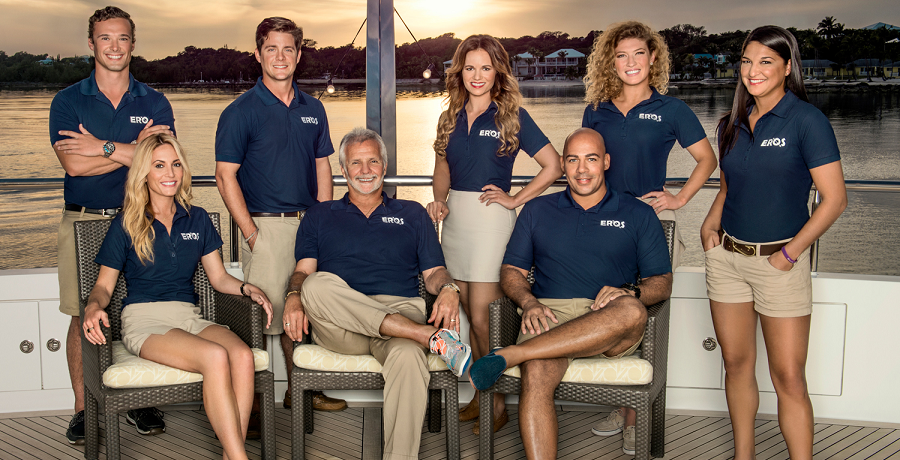 Much to the chagrin of fans, a Below Deck is returning for a new spinoff series. The series has no shortage of spinoffs coming soon. Fans should get their fix while their favorites are on hiatus. TV Shows Ace confirmed that the Australian series is currently filming.

Since then, viewers wanted more information. They wanted to know who was going to star in the new reality series. Since then, a name has emerged on social media. However, it’s not a fan favorite. Apparently, one infamous chef decided to return to work in the waters of the Great Barrier Reef.

Below Deck alum to appear on Below Deck Australia

On Sunday, May 31, the So Dramatic Podcast announced that Chef Leon Walker will be on Below Deck Australia. He appeared on Season 3 of Below Deck before his infamous firing. Apparently, Leon’s firing did not halt his yachting career, as he’s still cooking on the high seas. He was a bitter chef who enjoyed cooking beef cheeks.

As a result, fans called him “Chef Beef Cheeks,” which is not a loving nickname. They didn’t like how stubborn he was when it came to cooking for the charter guests. Others didn’t like his begrudged personality. The So Dramatic Podcast shared a cast photo of Leon along with a snapshot of him filming the new series.

“EXCLUSIVE! Below Deck Season 3 chef Leon Walker has been spotted in Hamilton Island where the boat for the Australian season, Thalassa, is currently docked!” the caption reads. “Sources tell So Dramatic! he is starring in the upcoming series. More details about Below Deck Australia in Ep. 77. ⚓⛵”

Understandably, fans aren’t happy about this scoop. They were hoping one of their favorite chefs like Chef Ben Robinson or Chef Hindrigo “Kiko” Lorran would make a return. Some didn’t understand why one of the most-hated chefs would make a return to television. They took to the post to share their dismay.

“Can’t wait to see him serve the guests beef cheeks every charter lmao,” one wrote to which another added, “I guess beef cheeks and frozen conch is on the menu.”

One wondered if Below Deck Australia is casting “the rejects who are fired from other seasons.” Some said they will riot if they get Chef Leon instead of Chef Ben. However, Ben is living in Florida and is former chief stew Kate Chastain’s neighbor.

Over on the Below Deck Reddit, fans shared that they’re not looking forward to the return of Chef Leon. They would have anyone but him on the show. One noted that it’s odd that Leon is returning to the franchise since Mark Cronin revealed that Leon was “miserable during filming and he wasn’t cut out for reality TV.” Some fans wonder if money is the reason behind it.

Others wonder why the producers are “tone deaf” when it comes to casting previous crew members. This comes after the Below Deck Med Season 6 trailer announced the return of Malia White and Captain Sandy Yawn. Since then, fans promised to boycott the new season. They will support the franchise as long as their favorites are on it.

What are your thoughts on Chef Leon appearing on Below Deck Australia? Will you tune in? Sound off below in the comments.