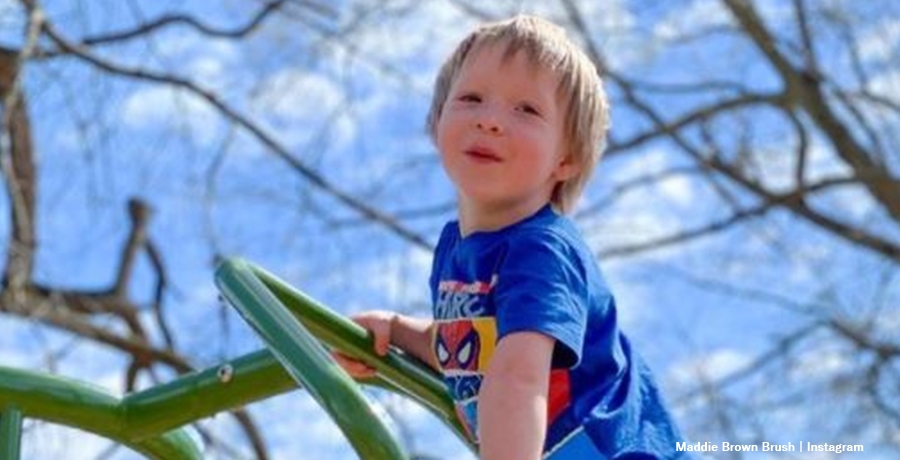 Sister Wives star Maddie Brown Bush faced concerns that her son Axel might not bond with his little sister Evie. Actually, he went through that terrible twos around the time Maddie carried Evie, so she probably experienced some stress from that. Initially, the kids seemed okay together. However, kids change like the wind. So, are they getting along together now? Read on to find out.

When Maddie and her husband welcomed Evie, it seemed like a massive change for the family and little Axel. In fact, she told her fans that he regressed for a bit. Actually, she took some heat because they noticed he was still on a pacifier. However, she didn’t stress too much, as he just reacted to the new baby. He seemed very stressed with the transition of a rival child in the home. Additionally, her pediatrician told her not to worry too much about it. These days, he no longer uses one at all.

Sister Wives star Maddie shared a photo of the two kids in October last year, and it looked like the two kids got along famously. Nevertheless, at the time, Evie seemed still rather small and perhaps they never reached the stage of getting along like a house on fire. Well, that’s not the case. It turned out that little Axel sneaked into the bed where his sister lay sleeping after a feed and cuddled her very sweetly. Maddie said that he filled her with joy. After all, it seemed a clear sign that they would be besties in years to come.

The kids got along well quite early – did that change?

In April last year, InTouch Weekly reported that Sister Wives star Maddie told her fans about how they already got along. She said, “Evie is getting to the age where Axel is starting to really interact with her. Well … He plays and she laughs hysterically and he loves it.” At the time, a lot of fans felt relieved on behalf of the TLC star. Moms especially, know that it can be difficult for kids to make adjustments. Well, you might wonder if the two kids remain good buddies.

This weekend, Sister Wives star Maddie Brown Brush took to her main Instagram account and shared a photo of the kids. Taken outdoors. they sat near the swings and sweetly posted for a photo. In her caption, Maddie noted, “They are starting to be buddies more and more! 🥰”

What are your thoughts on how well the two kids get along? Did you ever have a child who just wouldn’t adjust to a younger sibling? Sound off in the comments below.

Remember to check back with us often for more news about Sister Wives star Maddie Brown and her kids, Evie and Axel.