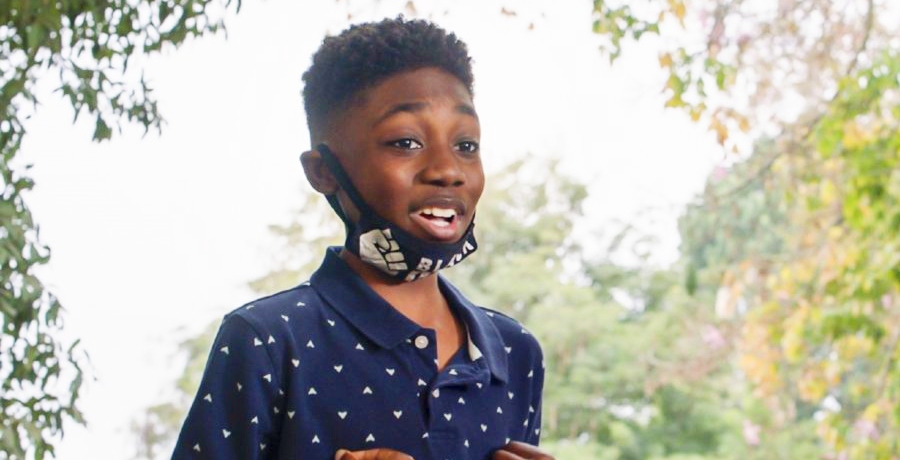 Last TV Shows Ace reports on the fan-favorite Showtime series, Shameless, it was for the series finale. While Shameless fans are saddened to see the series come to an end, it appears that they hold out hope that there may be spin-offs in the future. Interestingly enough, fans continue to hold out hope for just one more season. This hope is with good reason, too. Cast members post photos together on Instagram that leads some people to believe that there may be more in store for Shameless. Not only that, but even in real life, it appears that some things from the show never change. Like where is Liam in a recent real-life family photo? Keep reading to find out more.

Recently, Shanola Hampton, known as Veronica Fisher on Showtime’s hit show, Shameless posts a real-life family photo. Fans are quick to notice that someone from the cast is missing. Hampton captions the photo with, “Nothing like seeing the Fam!” In the comments Christian Isaia, or Liam, lets his “fam” know that he feels excluded. Christian writes, “Nobody called me” with four crying emojis.

While it is likely that all of the former Shameless castmates miss each other, and enjoy hanging out, there’s probably a good reason why Christian/Liam wasn’t around for the real-life family photo. One fan points out a very probable explanation for Christian’s absence in the photo. The comment reads, “he’s a minor. They were probably drinking and smoking weed so he obviously wouldn’t be invited.”  Someone also asks about where Christian is and the response from another fan is “in the comments.”

Notably, Christian isn’t the only cast member missing. Several fans ask about Fiona. Luckily, they get a response. Emmy Rossum just had her baby. Not only that but most of the cast lives in Los Angeles and she lives in New York. So, geographically, it is much harder for her to hang out with them.

Are you excited to see most of the Shameless cast in a family photo? Do you think Showtime will ever cave and do a Shameless reunion season? Let us know your thoughts in the comment section below. Make sure to come back to TV Shows Ace for more television news.

Why Kim Kardashian Claims She Is Moving Out Of Her $60M Mansion
‘Below Deck Sailing Yacht’: New Mom Alli Dore Claps Back At Trolls
‘GH’ Rumors: Is Helena Cassadine Involved In Drew’s Captivity?
‘Below Deck Med’: Was Captain Sandy Too Soft On Lexi Wilson?
Brittany Cartwright Shares Her Incredible Weight Loss Transformation