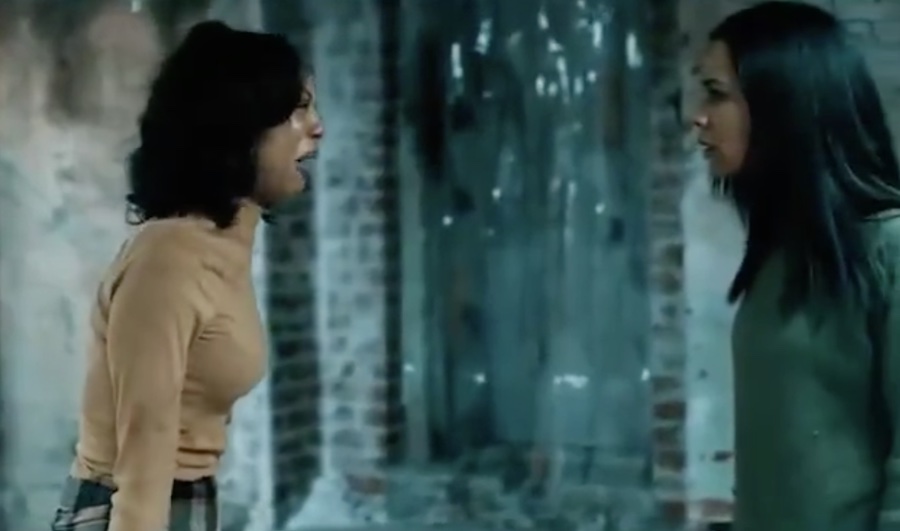 Lifetime is kicking off their Summer of Secrets with the premiere of two new movies. The first is A Party Gone Wrong. This ripped from the headlines movie stars Shellie Sterling (Snowfall), Kate Edmonds (Secrets On Sorority Row), Nicole Danielle Watts (Insecure), Emerson Niemchick (Bothered), and Nayirah Teshali (Let’s Just Be Friends).

The second Lifetime movie is The Secrets She Keeps. This stars Zoe Cramond (Neighbours), Emily Miceli (Lady Of The Manor), and  Keller Fornes (Insane).

Ready to start your summer the Lifetime way?

Ready to kick off a Summer of Secrets? True events inspired A Party Gone Wrong, originally called Trapped Daughter. In this thriller, April (Sterling) finds herself fighting for her life.

Although her mom wasn’t keen, she still attended a party with her best friend, Brittney (Edmonds). After drinking too much, April finds herself getting a ride from someone she doesn’t know. When her friends go to her mom’s to see if April made it home, they figure that April is in danger!

Can Tracey and Brittney save April in time?

Lifetime’s The Secrets She Keeps

Lifetime has more deadly secrets in The Secrets She Keeps. According to the synopsis, it seems like everyone can find a date except for Amara (Miceli). Moreover, even her mother Diane (Cramond) has a new boyfriend.

Pretending to be 18 instead of 16, Amara uses a dating app. Success! She finds a boyfriend Shane (Fornes). Things start fantastic. Amara thinks Shane is a dreamy date. However, Diane disapproves of Amara’s date.

Her mother’s intuition is right! Because soon Diane and Amara are being stalked and harassed. But who is stalking them?

Diane and Amara are not sure who would stalk them. However, when Diane digs a little deeper into Shane’s past, she discovers that he’s every mother’s nightmare. He has some very dangerous secrets. This guy is bad news. He may be a threat to her daughter.

Moreover, Diane will have to use all her cunning and courage to save her daughter! Can she do this in time?

The Secrets She Keeps premieres on Monday, May 31, at 10 p.m. Eastern, on Lifetime.

Mark your calendar for Soccer Mom Madam. This airs on Sunday, June 6, at 8 p.m. Eastern, on Lifetime. This stars Jana Kramer (One Tree Hill) What is it all about?

After a bitter breakup that leaves her and her young children without any support, Anna (Kramer) goes to work for her cousin at a massage parlor known for “happy endings.”

As soon as she learns the ropes, Anna branches out on her own, establishing a high-end New York escort service that matches beautiful young women with the wealthiest and most powerful men in the city.

For years, she operates undetected, making millions while keeping the secret of her success hidden from her children and the other moms in her Westchester suburb.  But when the FBI begins to investigate her, hoping to catch a big fish among her elite clientele, Anna’s days as a madam are numbered when her double life is revealed with devastating consequences.

Ready for a Summer of Secrets?