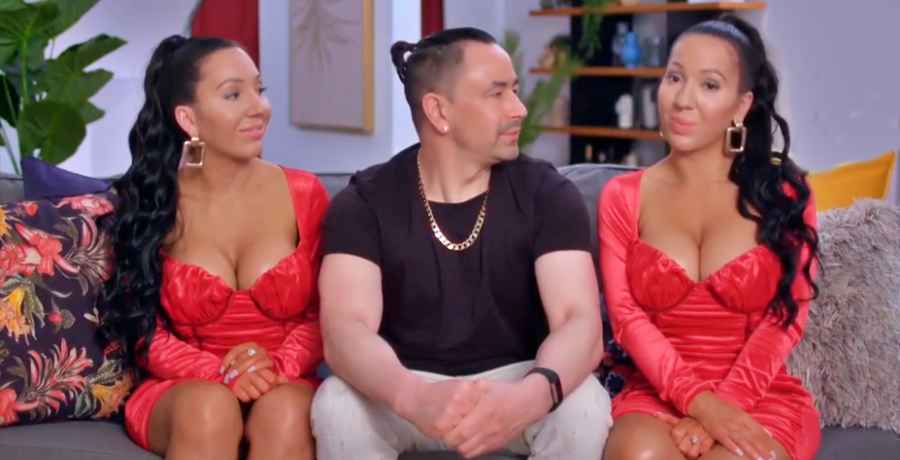 Anna and Lucy DeCinque of Extreme Sisters have been with shared boyfriend, Ben Byrne for 10 years. The Australian identical twins do everything together, including sharing the same man. However, after being with Ben for so long, both twins are ready for some form of commitment. In earlier episodes, Byrne had seemed keen to start a family with Anna and Lucy. But does the Perth resident truly want to settle down with both twins in a firm relationship, along with kids?

Fans do get Anna and Lucy’s joint obsession to do everything together, but it is now starting to wear them down. The fact that both sisters always stick up for each other can get a little tiring. In the previous episode, both Anna and Lucy took a pregnancy test, hoping to bear Ben’s babies at the same time. In the latest episode, they are still discussing how they would handle the babies, doing everything in an identical way.

While that didn’t work out, now the identical twins have brought up the subject of marriage to Ben. However, Byrne’s reaction isn’t what they were hoping for. In fact, it shocked the pair. Anna and Lucy expected Ben to be as disappointed as they are that the law prohibits him from marrying both of them. They also expected him to show some commitment towards them.

Instead, Ben was obviously reluctant and uncomfortable about the subject of marriage. To him, marriage is just a “piece of paper.” In fact, he feels this isn’t necessary to validate their relationship after ten years together. Ben also questioned whether it was just the twins’ desire to wear a fancy dress and have a huge party.

Ben is unaware of how hurt the twins are

After totally crushing Anna and Lucy’s dreams of marriage, Ben then proceeded to drink his wine and acted like nothing had happened. Meanwhile, the twins were still shocked by his reaction. Fans were also shocked by Ben’s behavior and hit social media with their opinions. For the most part, Extreme Sisters fans believe Byrne is just in it for the “double s*x.”

One fan tweeted, “Ben is like I just signed up for double s*x, not all this goofy illegal marriage and sibling/cousin baby talk.” Yet another Extreme Sisters fan wrote, “He just wanted to hit both. Not have a family.”

Ben is like I just signed up for double sex, not all this goofy illegal marriage and sibling/cousin baby talk.

A first-time viewer wrote, “Watching this Extreme Sisters show for the first time and wow lol. However, I’m not really feeling how Ben is talking to Anna and Lucy.” The fan added that they need to stick up for themselves.

They have been together 10 years and they mention marriage and dude gets nervous? VERY SUS! #ExtremeSisters

Meanwhile, a suspicious fan tweeted, “They have been together 10 years and they mention marriage and dude gets nervous? VERY SUS!”

Can this Extreme Sisters relationship last?

While Anna and Lucy are obviously disappointed over Ben’s reaction, they do still seemed committed to the whole dream wedding thing. Fans will have to keep on watching to see whether this ten-year relationship survives this.