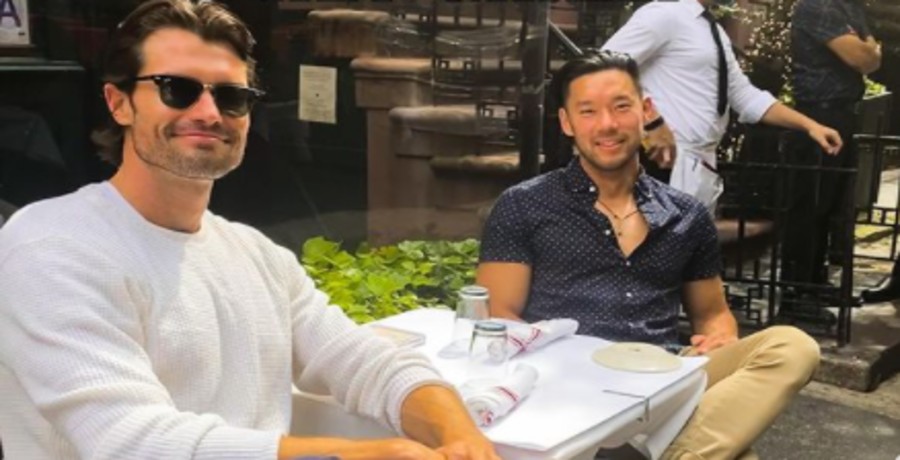 Bennett Jordan doesn’t have any regrets about his time on The Bachelorette. He seemed shocked when Tayshia Adams sent him home. To the point, he couldn’t believe it as the car pulled away. Bennett seemed speechless, which is not something common for him.

Jordan didn’t leave, he was so flabbergasted. He came back to see her again after he’d been eliminated. He said, “it was a really tough dance.” Fans saw a very heartfelt moment for him. Bennett said, “for me, I couldn’t have done it much differently. I wanted to put myself out there and genuinely let her know how I was feeling.” He told Tayshia he loved her after he came back.

Despite a few missteps where he misspelled a word despite talking all the time about how he went to Harvard and got into a heated battle with contestant Noah Erb, he was a fan favorite. Even more so once the show aired and he gained a social media following. He treats fans to things like shirtless baking and seems to be a Jack of all trades. The latest thing he’s put his mind to is designing loafers which he certainly wore a lot of on the show.

Bennett Jordan Compared Himself To Others

Bennett Jordan mentioned another contestant had said the same thing later, “Sometimes you just don’t know what those feelings are. The magnitude and the depth of them until it’s too late.” Ben Smith came back after elimination as well. He couldn’t quite get to the place where he could say I love you until it was too late. Bennett told US Weekly he thinks things would have been different had he been given a one-on-one date with Tayshia.

He didn’t get to show his heartfelt side. Jordan said he has no regrets because “things work out the way that they’re supposed to.” Tayshia is now engaged to her winner Zac Clark. Bennett says he is very happy for them. He also said the same of Clare Crawley and Dale Moss, adding that Dale is one of his closest friends.

He Made Lifelong Friendships On The Bachelorette

Bennett Jordan not only says Dale is one of his best friends now but also Dr. Joe Park and Ed Waisbrot. The men grace each other’s social media often. A lot of Bachelor nation hangs out together from the past few seasons.

Of the friendships he made on the show, he said, “It’s just a really unique experience, going in and sharing a journey. I think it’s really tough for people to understand unless you’ve actually been in those shoes.” The experience bonds them for life.

What do you think about Bennett having a better chance if he’d had a one-on-one on The Bachelorette? Comment with your thoughts down below.