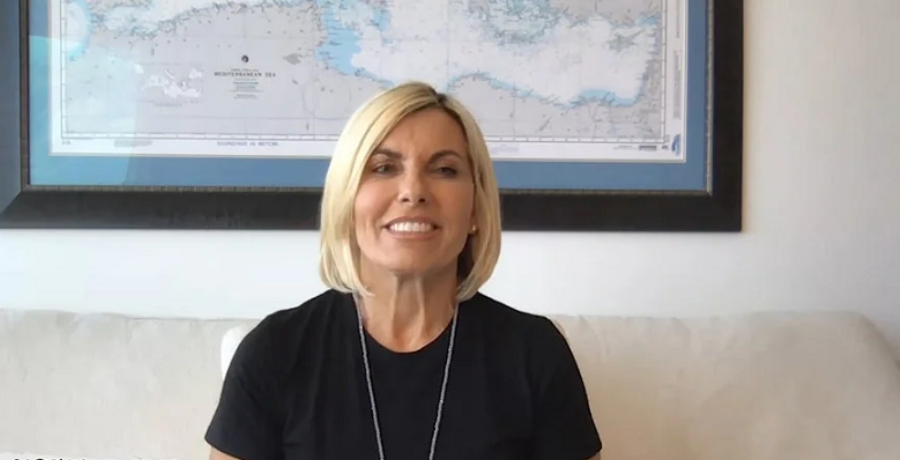 Below Deck Med Season 6 trailer just came out. TV Shows Ace previously shared the details of the forthcoming season, in case you missed out. The trailer alone created its share of controversy. Captain Sandy Yawn is back at the helm of the superyacht, Lady Michelle.

She’s returning alongside bosun Malia White. Apparently, Season 6 filming took place before the Season 5 backlash. Fans are calling for a boycott of the new season since they didn’t like how Sandy and Malia treated former Chief Stewardess Hannah Ferrier. Now, it looks like the Lady Michelle is now up for sale.

Is Captain Sandy docking her boat for good?

The Below Deck Med yacht that’s featured on Season 6 is for sale for $19.5 million. The luxury superyacht was built in 2003 and features six cabins, which can accommodate up to 12 charter guests, according to Yacht Harbour. It also fits up to 14 crew members, which means five additional crew members can work behind the scenes on the show. It has enough room for the cast, crew, and production team.

While the Lady Michelle boasts a lot of room, it’s smaller than last season’s yacht, which was the biggest ever on the series. Below Deck Med Season 5 had the largest vessel ever on the show called The Wellington. It was also the first time the show had three women in charge. However, that ended quickly when Sandy fired Hannah for having unregistered Valium and a CBD pen on board. It was the first-ever firing in the show’s history and fans are still not over it.

Watch all 3 captains dish on THAT #BelowDeckSailing boat crash and more June 1 on Bravo's YouTube channel. In the meantime, stream BDSY to get all caught up on the drama: https://t.co/NlOfoKZbPK pic.twitter.com/AlnjCyqstB

Is Captain Sandy quitting her job?

Just because the Below Deck Med Season 6 yacht is for sale doesn’t mean Captain Sandy is hanging up her stripes. She previously enjoyed sailing on The Wellington, but she did not love the wing station. Most wing stations are located outside so the captain can have a full view when it comes time to dock the boat. The wing station was located inside of The Wellington, which made her even more reliant on Malia.

So, she switched over to Lady Michelle for Season 6. It’s common for captains to switch to another yacht for the next charter season. However, it’s unclear why this yacht is suddenly for sale. Sandy made it clear that she loves yachting and has no intentions of leaving her job, even if the fans want her gone. In Season 3 of Below Deck Med, Sandy’s difficult work relationship with Hannah almost made her say goodbye to her career.

Below Deck Mediterranean Season 6 premieres on Monday, June 28 at 9 p.m. ET on Bravo.

Savannah Chrisley Gets Scolded By Fan For Wearing Barely Nothing?
See Pictures Of Josh & Anna Duggar Like You’ve Never Seen Them Before
Could There Be A TLC Birth Special For Jessa Seewald’s Fourth Baby?
‘Renovation Island’ Resort: How Much Does It Cost To Stay?
‘Seeking Sister Wife’ Ashley Snowden Celebrates Father’s Day With Another Man