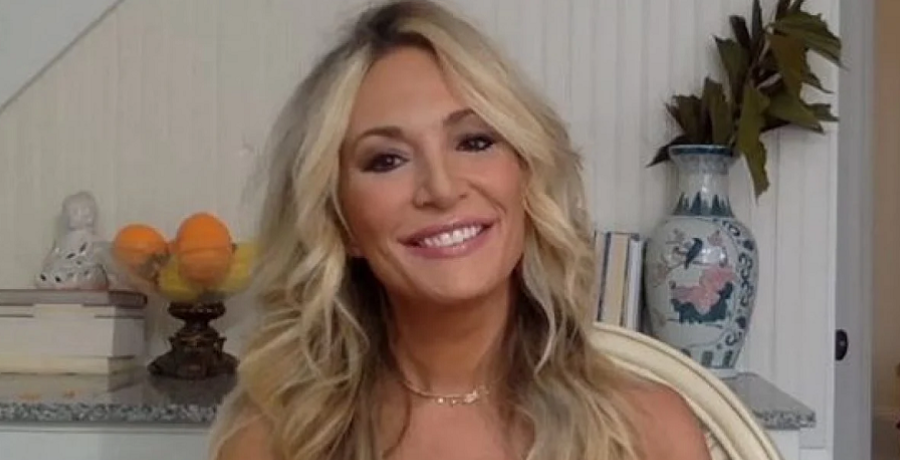 Former Below Deck Chief Stewardess Kate Chastain shared her thoughts on Below Deck Sailing Yacht Season 2. Like everyone else, she’s been catching up with this season. She likened the love triangles to “square dancing” because they’re so dizzying and confusing. Kate also made it clear that she has an interesting Chief Engineer Colin Macrae.

Now, she’s sharing her thoughts on the new Chief Stewardess. There were previous chief stews like Francesca Rubi of Below Deck and Christine “Bugsy” Drake on Below Deck Mediterranean. In Season 1 of Below Deck Sailing Yacht, Jenna MacGillivray got a lot of backlash for her work ethic and relationship with Chef Adam Glick.

Kate Chastain has not shared praise for many of the chief stews in the Below Deck franchise. She’s also in an ongoing feud with former Below Deck Med star Hannah Ferrier. Below Deck Sailing Yacht Season 2 star Daisy Kelliher is the first one to receive high praise from Kate. A fan shared a comment that Kate made about the newbie.

“She’s one of the best chief stews I’ve seen on the series and I really respect everything about the way that she’s doing it,” Kate told Us Weekly. “She’s funny, she’s great at her job. I’m really impressed with her.”

Fans agree with Kate. Most of them love Daisy’s work ethic and approach to the interior team. She’s also the first chief stew to get along with both of her stews, which is rare for most. However, some viewers think Daisy is too tough on her crew, especially when it comes to the exterior team. On the midseason trailer, she griped that her crew members think she’s the “b***h” of the yacht.

Obviously, Daisy was tired of being painted as one. On the show, she’s also at odds with First Officer Gary King. There are also times when Daisy quarrels with Chef Natasha de Bourg. Kate has dealt with her share of drama on Below Deck, but she never backs down.

Daisy is very similar in style to Kate

Kate Chastain and Daisy Kelliher share some similarities. The Below Deck alum retweeted her comment about Daisy to which fans agreed with. One viewer says that she hopes Daisy will return to Below Deck Sailing Yacht since “she handles herself well and goes with the flow, very steady in her personality and emotions.” Another agreed, noting her “level head” and “calm demeanor.”

Hard agree with our below deck queen @Kate_Chastain about @Daisykelliher “She’s the best chief stew I’ve seen on the series and I really respect everything about the way that she’s doing it. She’s funny, she’s great at her job. I’m really impressed with her.” #BelowDeckSailing pic.twitter.com/2COCP2KF9Y

What are your thoughts on Daisy? Sound off below in the comments.

Fans Praise Jessa Seewald For Living Like Everyone Else In New Photo
Kaitlyn Bristowe Reveals All Past Plastic Surgery Procedures
Astrid Loch Bump Watch, ‘The Bachelor’ Star Is Popping
Hallmark’s ‘Crashing Through The Snow’ Is New Christmas In July Movie
Multiple Times Jade Roper Slammed Trolls Who Slap At Her Parenting