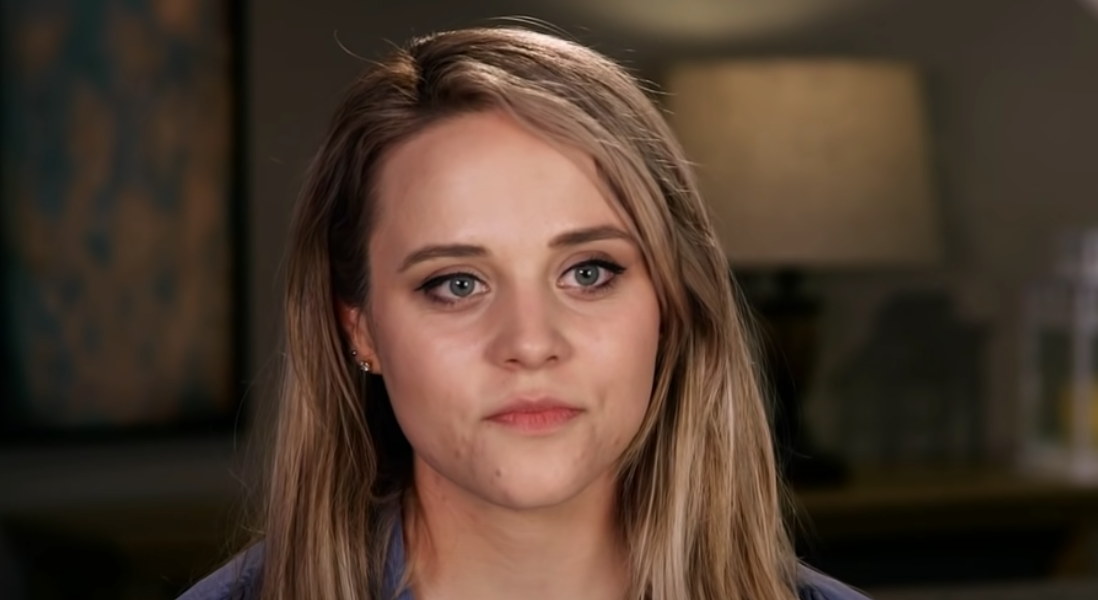 Jeremy Vuolo shared a new photo of his wife Jinger Duggar, and it doesn’t seem to be getting the response he hoped it would. Fans are freaking out and worrying about Jinger, as they don’t think she’s doing well. What’s going on?

On Instagram, Jeremy posts lots of pictures of his wife, himself, and the things they do every day. Right now, the couple doesn’t post pictures of their kids for privacy reasons, but they share plenty of other posts. Fans love everything they post, though they do miss seeing the kids. Even though Jinger and Jeremy don’t post photos of the kids, another family member recently shared this snap.

Jeremy’s latest photo is of his wife sitting on the couch. He calls her look a “midweek mood.” She’s sporting short shorts, which fans were shocked by. But that’s not all fans are talking about in the comments section of the post. They have lots to say about the photo and Jinger in general.

Whenever any of the Duggar kids share a new post on social media, they get a variety of responses. Some fans praise them, while others point out anything they may be doing wrong. Some fans pick up on the tiniest details and make assumptions about the family.

Why are fans worried about Jinger Duggar?

In the past, fans have been worried that Jeremy isn’t a good husband or that he’s controlling. He has been called out for talking over his wife during their podcasts and videos. Others have wondered if she might have postpartum depression or another mental health condition.

Other fans argue that Jinger is probably okay and that a picture doesn’t capture her whole day and how she actually feels. Maybe she doesn’t look happy for another reason. After all, the pair is pretty busy with their two young daughters and they live far away from the rest of the Duggar family.

So, are you concerned about Jinger Duggar too? Or do you think she’s really happy? Let us know in the comments below.