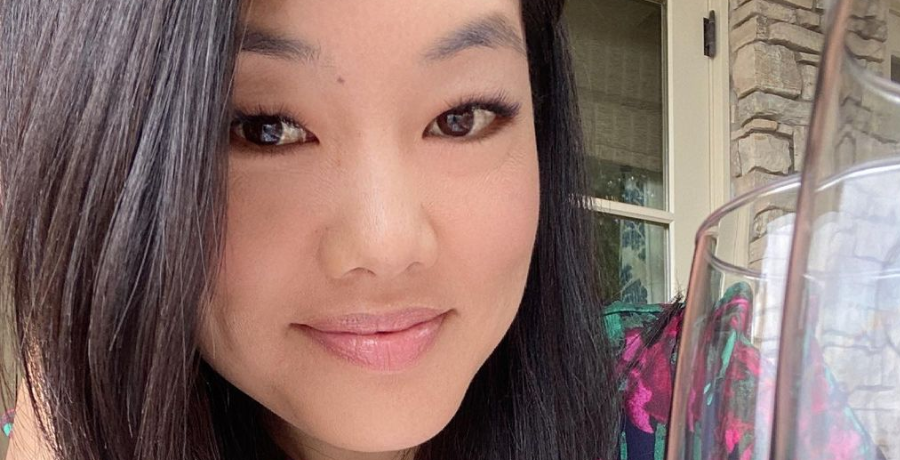 Crystal Kung Minkoff and Sutton Stracke had an argument on the latest episode of The Real Housewives of Beverly Hills. The cast went on a trip to Lake Tahoe for the weekend. They booked an Airbnb where they had their socially distanced shenanigans. The trip encourages the women to get to know each other better.

However, that’s not the case for Crystal and Sutton. A rift between them made the cast trip awkward. Sutton even faced social media backlash for what she said. She has since taken to Instagram to issue an apology. Read on to find out how Crystal feels.

The Lake Tahoe trip sure looked like fun. Until the end of the episode, the mood became serious when the ladies discussed race. Kyle Richards told Crystal Kung Minkoff about an incident she had with Garcelle Beauvais in the previous year. Fans remember when she attended Kyle’s charity event in Season 10.

Garcelle bid on one of the items. During the RHOBH Season 10 reunion, Kyle claimed that she didn’t send money to the organization. Garcelle called her out on the spot and denied the claim. During Wednesday’s night episode, Garcelle asked Kyle if she would have called her out if she was one of the white women.

Crystal shared her experience on what it’s like to be a woman of color. Sutton interrupted Crystal and says, “I am sorry, I am not going to do this, I am not doing this.” Crystal didn’t understand why Sutton didn’t want to talk about racial stereotypes. “Are you one of those people that you don’t see color? Tell me you’re that girl, ‘I don’t see color,'” she said.

However, the scene ended there. RHOBH fans took to social media to share their thoughts. They turned their backs on Sutton after liking her in Season 10. Some of them questioned her friendship with Garcelle since she often talks about race. They were shellshocked by Sutton’s reaction to Crystal’s talk.

Amid the backlash, Sutton Stracke took to social media to issue an apology to Crystal Kung Minkoff. Fans accused her of talking over the newbie. Sutton appeared genuinely sorry in her apology. Apparently, the boutique owner learned a lot about that awkward moment on the show.

“Despite Crystal and my strained relationship at the time, it was disrespectful to interrupt her and not listen to her express her truth,” Sutton wrote on Instagram.

The RHOBH co-star said her “life is blessed by the diversity” of her friendships. She also said that she’s learning to become “a better listener to understand the painful realities experienced by people of color.” Sutton promised to “do better and be better.”

Crystal Kung Minkoff responded to Sutton’s apology. She made it clear she has moved on from that moment. The new cast member is not holding a grudge against her co-star. She graciously accepted Sutton’s apology on Instagram.

“Thank you, Sutton,” Crystal responded to Sutton’s Instagram post. “Your apology means a lot to me, and I’m sure it means a lot to many others with similar lived experiences. Asian Americans are often expected not to share their opinions, but despite this stereotype, I believe that everyone deserves to be heard. I consciously re-wired myself to be outspoken and share my feelings whenever possible and I encourage my children to do the same.”

Crystal feels she has a responsibility to “speak up for others who don’t yet feel safe using their own voices.” She became the show’s first-ever Asian cast member. In Season 10, Garcelle became the first-ever Black cast member. Both women plan to use this platform to share their experiences with others.