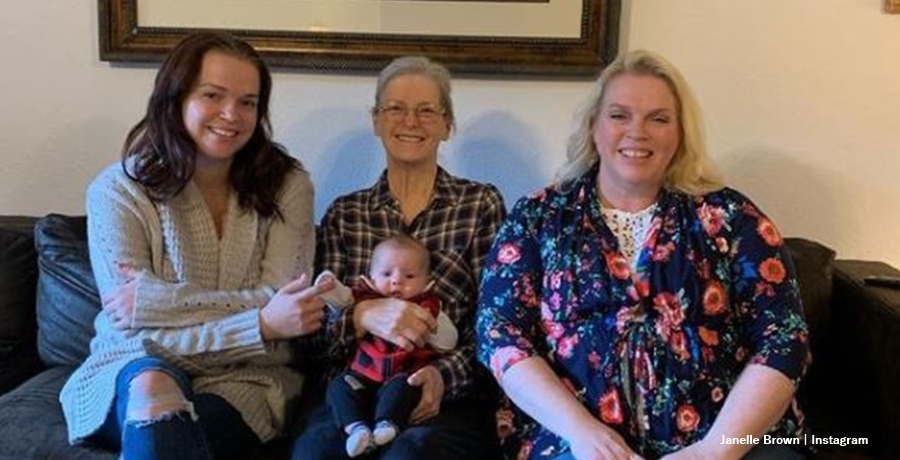 Janelle Brown sounds very positive and upbeat on her Instagram these days. In a recent promo, she came over as totally on top of multiple areas of her life. While admittedly, it was a promo, her words reveal a very definite attitude to her life. Actually, she sounds rather similar in her approach to her fellow wife, Meri. Off-screen, the Sister Wives star seems way less miserable than on the TLC show. Did some of Meri’s positivity rub off on her?

Janelle Brown revealed that she feels spoiled on Instagram

Positive approaches to life seemed to lead to an appreciation for all the little things. Just the other day, Kody’s second wife talked about how spoiled and thrilled she felt with the simple fact that she obtained a box of fresh produce. Actually, as she often shares about cabbages and carrots, and other natural food, it’s clear that she takes joy in visiting the farmers’ markets. In fact, she certainly reveals that many rewards lie in the simplicity of simple foods.

In another Janelle Brown Instagram post, we reported that “referring to Meri Brown, Janelle wrote that Kody’s first wife taught her the value of being industrious.” Well, Sister Wives fans who are familiar with Meri on Instagram know that she finds fulfillment in being industrious. Additionally, she faces her fears by actively staying positive. In fact, she looks for reasons to feel grateful and fulfilled. It works for her, as often, she looks sunny and smiley despite her many adversities in her life. Maybe Janelle wants some of that positivity for herself, so Meri influenced her?

Janelle Brown knows how it is to fear aliments. Recall, back in March this year, she talked about her cancerous tumor that doctors removed. Not terminal cancer, at least she attended to it before it became worse. Additionally, now she passes on the dangers of skin cancer, turning it into a positive message for her Sister Wives fans. In her latest Instagram post, the TLC star talked about ailments.

In her post that Janelle Brown shared on Instagram on May 28, Janelle sounded very upbeat. Within a long post, she noted, “Don’t accept your ailments – you’re made for more!” Next, she talked about how “the challenge [seems not about becoming] someone you’re not.” Then she added, “rather …uncover the greatness already within you.” The Sister Wives star points out that everyone has “greatness” within them, so why ignore ailments that ruin your life?

Taking positive action comes from stepping “out in #faith” and accepting “the shift,” the TLC star noted.

What are your thoughts on Kody’s second wife seemingly picking up the habit of positivity from Meri? Do you agree that you can find “greatness” within if you don’t ignore your aliments? Sound off in the comments below.

Remember to check back with us often for more news about Janelle Brown from TLC’s Sister Wives.