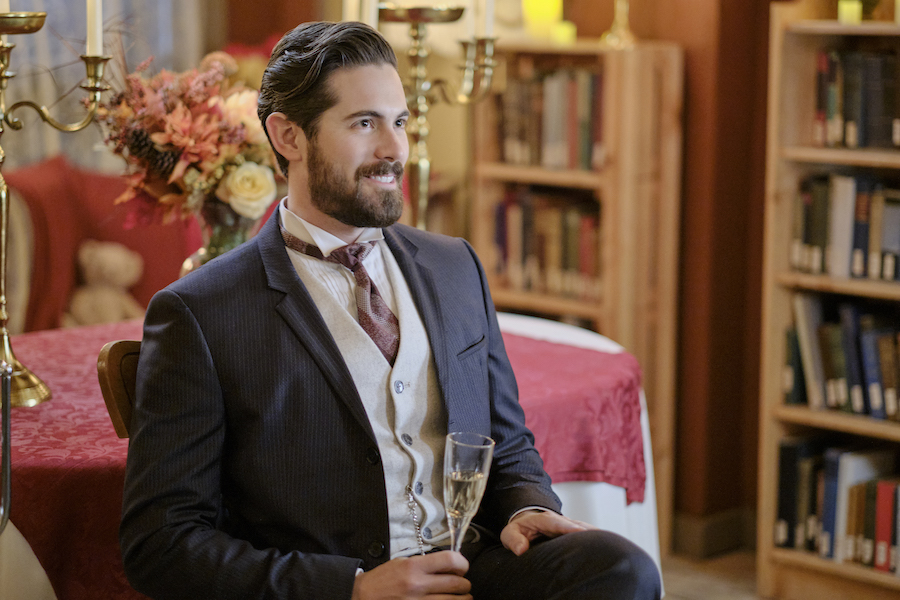 Although it has been almost three weeks since Elizabeth chose Lucas on When Calls The Heart, the cries to stop watching the series have been heard. Hearties who were on Team Nathan are mad.

However, Chris McNally, who plays Lucas, the guy who won the heart of Hope Valley’s beloved school teacher, has something for disgruntled fans.

Is this enough to bring fans back?

Although When Calls The Heart star Chris McNally portrays saloon owner, Lucas Bouchard, the guy that Elizabeth chose, he is hardly gloating. There is a staunch group of Team Nathan fans that are still smarting over this decision. Many believe that WCTH is a story about a Mountie and a teacher.

However, McNally is as charming as the character he plays. He went to Twitter and wrote, “#Hearties thanks for being so invested in WCTH! Love your passion. For those voicing they won’t be back, we’ll miss you, but I’m looking forward to shooting it for those who will. HV has more stories to tell.”

Could Season 9 Include Jack, Lucas Relationship?

Unfortunately, Covid was the main reason that the saloon owner was not able to spend time with Elizabeth’s son. They had to protect the Taylor twins.

Therefore, there were not many scenes with them. Moreover, Erin Krakow and Chris McNally went to John Tinker with their concern that Lucas had not spent much time with Elizabeth’s cherished son.

In a real courtship, this would have been an important detail. However, in a Covid year, safety was the priority. This is also why there were not many school scenes.

Rewatching the S8 finale again. This moment 😂😂😂 I bet @KavanjSmith loved delivering this line. So many wonderful Lee moments in this episode! Thanks for making me laugh WCTH #Hearties @hallmarkchannel @SCHeartHome @brbird @brspndr @RealPDeLuise pic.twitter.com/slk1Sn8zlz

When Calls The Heart Showrunner’s Wife Asks Fans To Stay

Before the When Calls The Heart Season 8 finale aired, showrunner Grant Tinker’s wife, Ronda Rich, asked Hearties to not leave the show if her guy didn’t win over Elizabeth’s heart.

She shared that they had picked their guy, Lucas before they began filming over the summer. She assured Hearties that the showrunners, writers, producers, and cast took this decision “enormously seriously.”

Moreover, she asked that after the choice was revealed, that people be kind. She wrote, “Some of you will be happy, some of you won’t with the choice she makes. Two things please: If you go on social media, please be kind with your upset. The cast, crew and, other Hearties deserve that. Be ye kind one to another.”

However, there has been a lot of sadness in Hope Valley. Hopefully, Hearties will give the show another chance. Will you?