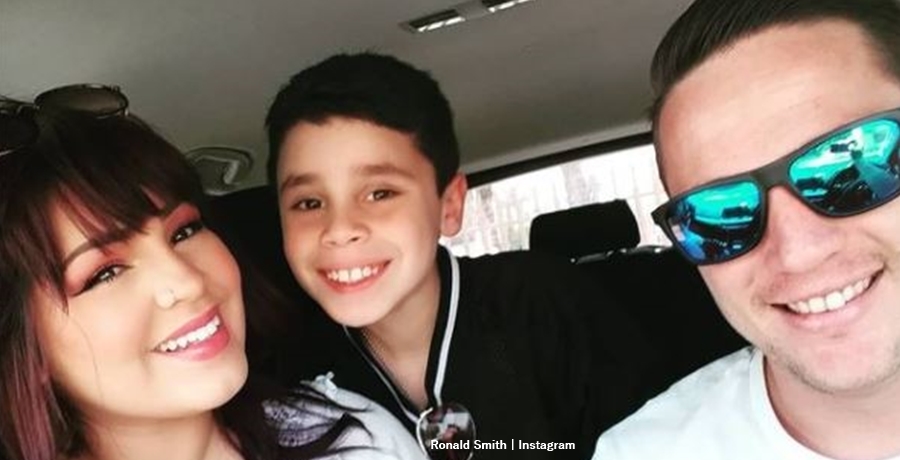 Tiffany Franco & Ronald Smith once again take a personal spat public. Certainly, it sounds like they possibly split. However, some fans think it coincidental that it comes now. After all, they did this before and even apologized for making it public.  However, the next thing they popped up right as rain and full of sunshine. In the current season of 90 Day Fiance Happily Ever After?, filmed some time ago, Tiffany lays down the law. Are TLC fans in for another round of drama that goes nowhere?

Tiffany Franco & Ronald Smith allegedly split more than once before

Fans of 90 Day Fiance first met the couple in Season 1 of The Other Way. Instantly painted as a villain, he allegedly had a gambling addiction and faced charges of theft, so fans hated him. Well, it turned out that he pleaded guilty to a crime and paid a fine. We reported that called an admission of guilt, no court involved, it only stays on record for a year before being expunged. In other words, whatever really happened was not considered a terribly serious crime in South Africa. Additionally, with the record expunged, technically, in South Africa, Ronald has no criminal conviction. Actually, even their lawyer felt a visa might work out for them.

’90 Day Fiance’: Has Ronald’s Visa For The USA Come Through?

Tiffany Franco & Ronald Smith revealed that he went into rehab for his gambling addiction. So yes, it seems unlikely that that part of his story was inflated too much. However, the couple sometimes argues and announces a split. Then they get back together as if nothing ever happened. So, critics suspect a lot of their drama’s manufactured. This time, that seems a possibility as well. After all, it all fits in very neatly with the current season of Happily Ever After?.

The current drama on the TLC show

Tiffany Franco & Ronald Smith featured in the May 23 episode on TLC. InTouch Weekly reminds readers that Tiffany’s on the warpath. Accusing Ronald of expecting her to pack up and move to South Africa if his visa fails, she won’t consider it.  Supposedly a secret, she tells her sister she feels unhappy. Additionally, she hates that he only holds a temporary post as a motorcycle mechanic. Well, as the country keeps reimposing lockdowns, most people can’t expect a long-term contract there right now.

When fans see that Tiffany Franco & Ronald Smith have these issues on the show, surely a little bit of thought might arrive at this fact: Telling secrets on a show her husband will watch seems like a waste of time. After all, how long will it remain a secret? Well, scripted drama or not, their tiff plays out on social media again. That’s despite them telling fans in the future they keep this sort of thing private.  Several Instagram accounts revealed he recently unfollowed her. Additionally, they have it out with this sort of conversation:

Of course, there’s no way fans know for certain whether they split or not this time. However, fans might find it hard to reconcile, given that just a short time ago she was in South Africa. There. they looked very much in love and golden together.

Remember to check back with us often for more news, rumors, and updates about Tiffany Franco & Ronald Smith on TLC’s 90 Day Fiance: Happily Ever After?.