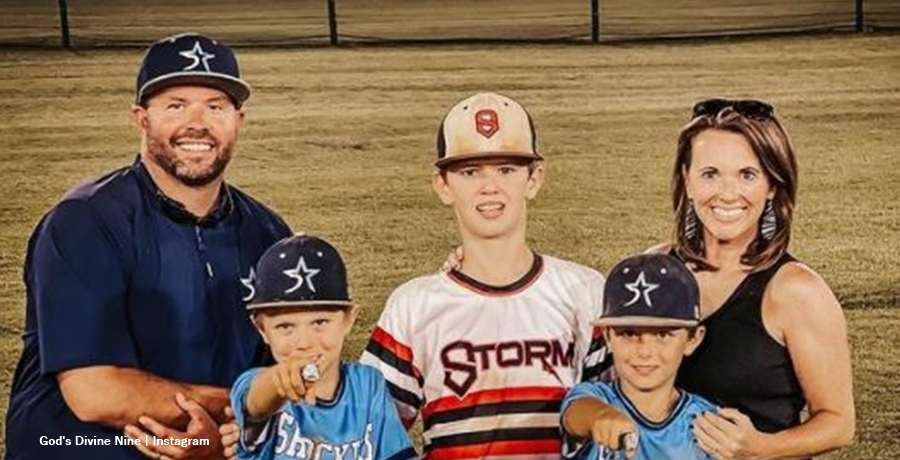 Saylor Waldrop usually makes his mom Courtney feel very proud. However this week, she said that he made her want to cry. So, what’s up with the oldest boy in the Sweet Home Sextuplets family? Is something wrong? Or does the TLC star just cry happy or even nostalgic tears? Read on and find out all about the emotional post that she shared on her Instagram this week.

TLC fans know that Erica and Courtney raise nine kids altogether. Saylor, the oldest boy, turns 13 in December this year. Meanwhile, the twins, Bridge and Wales are older than the six kids that blessed them about four years ago. Usually, Saylor gets a lot of happy and proud emojis from his mom. However this week, it looks like she felt pulled between smiles and tears. Often, she shares about her older boys who play baseball. In fact, although the boys play in different teams, her oldest son was there to cheer on Wales and Bridge. Recently, they won their state championship this year!

However, Saylor Waldrop didn’t make his mom cry about baseball this week. Recall, when the show premiered in 2018 on TLC he was about 10 years old at the time. Time flies by for both families on reality TV and for their fans. Now, the babies in the family play and run around as they all crossed the toddler threshold. Plus, the twins, still small boys back in 2018, shoot up as well. Now, Courtney says that her oldest son is taller than she is. Plus, she reckons on him overtaking his dad Eric soon.

Tears as Courtney ponders the passing of time

Saylor Waldrop isn’t celebrating his birthday yet so that didn’t prompt a tearful moment for his mom. Instead, she posted up two comparison photos that related to his education. In the first photo, Saylor hugged his proud mom on the last day of First Grade.  Incidentally, at the time, she still taught at the school “right across the hall” from her son. In the second photo, she revealed herself with her son on his last day in “6th Grade!”

Saylor Waldrop used her hashtags to talk about how time flies and that he now goes on to Middle School. She gave him a shoutout as well, saying, “Doesn’t get much sweeter than this kind-hearted boy right here!” Plenty of fans loved the photos and some of them asked about a new season on TLC.

Well, an official announcement never came from TLC yet, but she did hint that it might come along soon.

Remember to check back with us often for more news, spoilers, and updates about Saylor Waldrop, Courtney, and the rest of the family from TLC’s Sweet Home Sextuplets.