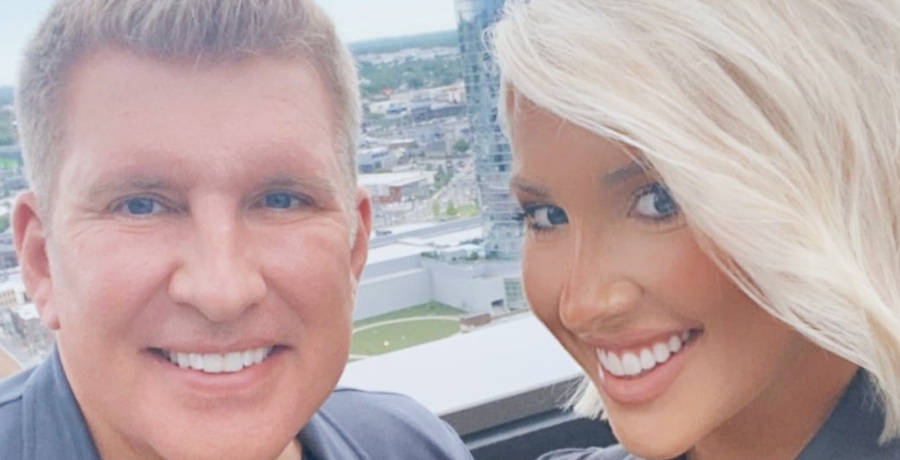 According to Todd Chrisley’s recent Instagram post, Savannah had a killer reaction to her daddy telling her no. The reality TV father was generous enough to document his daughter’s reaction and share it with his Instagram follows. Fans of Chrisley Knows Best didn’t find Savannah’s killer reaction as terrifying as Todd probably did. Moreover, fans wondered if Todd caved and gave Savannah whatever it was he initially said no to.

Looks could kill as Todd says “no” to Savannah Chrisley

Todd Chrisley shared a photo of his stunning daughter on Instagram recently. She had her hands on her tiny waist as she gazed at someone with a death glare. Todd took to the caption to jest this was the look Savannah often gave when someone told her no. Now, Todd didn’t make it clear that it was necessarily him that told his daughter no. But, it is what fans assumed happened because he shared the photo.

Fans react to the fierce photo

Despite having a fierce death glare on her face, Savannah Chrisley still managed to look stunning as ever. Many Chrisley Knows Best fans admitted they could hear Savannah saying “but daddy” in their head. Here are some of the other reactions to this funny Instagram post:

In total, nearly 40,000 Instagram followers reacted to the photo to show it a little love.

The Instagram post stirred up a bit of a debate regarding whether Savannah Chrisley was spoiled or loved. One fan noted she wouldn’t have such a poor reaction to being told no if she wasn’t so spoiled. Other fans, however, noted they didn’t think she was spoiled at all. In fact, they argued she was just loved deeply by her father.

Some Chrisley Knows Best fans went a completely different direction with the post. Instead of judging the family, they obsessed over her shirt and shoes. Some even noted how great her body looked in this photo. Fans really wished Savannah or Todd included more details about the outfit she was rocking.

Do you think Todd saved after telling Savannah Chrisley no?