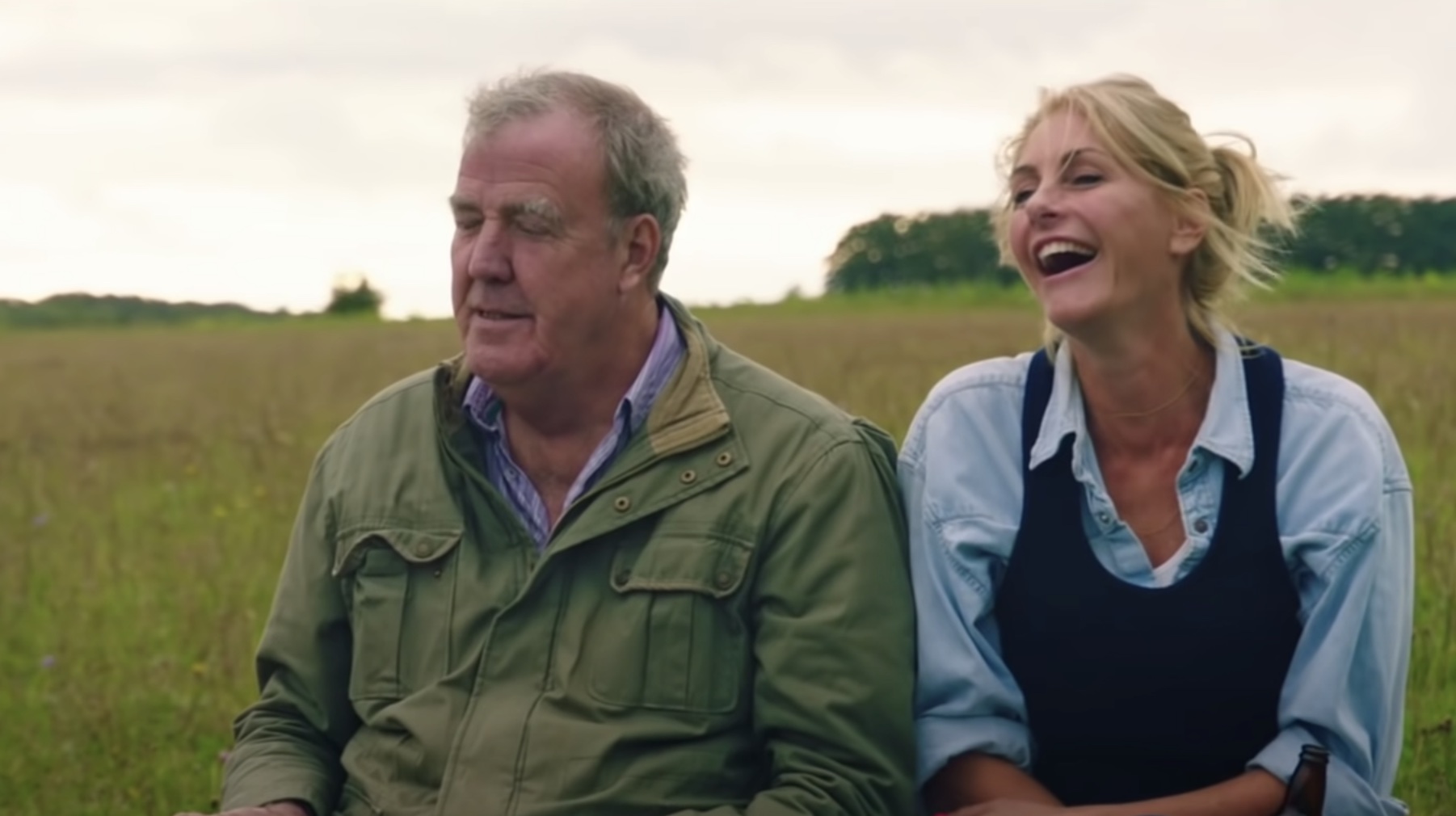 Fans of The Grand Tour who are looking for the latest programs from their favorite hosts have something to look forward to. Jeremy Clarkson’s new Amazon show, Clarkson’s Farm is premiering soon. Here are the details.

Although fans of The Grand Tour have been waiting five months for the Scotland episode, they will have to contend with another show. This time, it is Jeremy’s long-delayed show, Clarkson’s Farm.

Jeremy Clarkson shared on Instagram, “I have made an television programme about farmering. This is a trailer for it.”

Recently, the former Top Gear host purchased a 1,000-acre farm, in the English countryside. However, Jeremy knows pretty much nothing about farming. Thankfully, he has some helpful neighbors who are coaching him through the process.

According to the Amazon preview, Jeremy has to deal with global warming issues including massive rain and flooding. Then there is the need to check eggs for salmonella. Then, there is Covid-19. Farming has so many details. Most are pretty hysterical. Moreover, can Clarkson make it happen? Most of the time. Moreover, Clarkson cares.

According to the Radio Times, Jeremy Clarkson spoke to Drive Tribe. He shared why this series matters to him.

“I’m looking forward to people’s reactions to it because it’s like nothing I’ve done before. Nobody falls over, nobody catches fire, nobody explodes. It’s a quiet genteel look at how farming is done and how I react to it. It’s a nice programme. And there are some amazing facts about farming.”

What kinds of facts? Well, you can find out, staring Friday, June 11, on Amazon Prime.

When Will The Grand Tour Scotland Air?

Inevitably, Grand Tour fans want to know what is going on with the Scotland episode? They actually filmed it back in 2020. This was during the height of the Covid restrictions.

They will be airing the episode sometime “later this year.” It takes several months to edit a single show. Next, they need an additional 16 months to add subtitles. This is because The Grand Tour is an international show.

It could be a safe bet that this will be sometime in the fall or winter. Fans should certainly enjoy the episode. They are traveling across the country. In addition,  Richard Hammond crashed his car. He is ok, but we don’t know how the car was after this experience.

Nonetheless, it should be entertaining.

The good news is that The Grand Tour stars have also filmed an additional episode. Back in April 2021, they filmed within the U.K. again. They also went to Beachy Head, a stunning location with chalk cliffs.

It does not appear that there was any sort of crash, but the trio did jam up a small town’s traffic.

Until this is announced, be sure to check out Clarkson’s Farm, premiering on June 11.