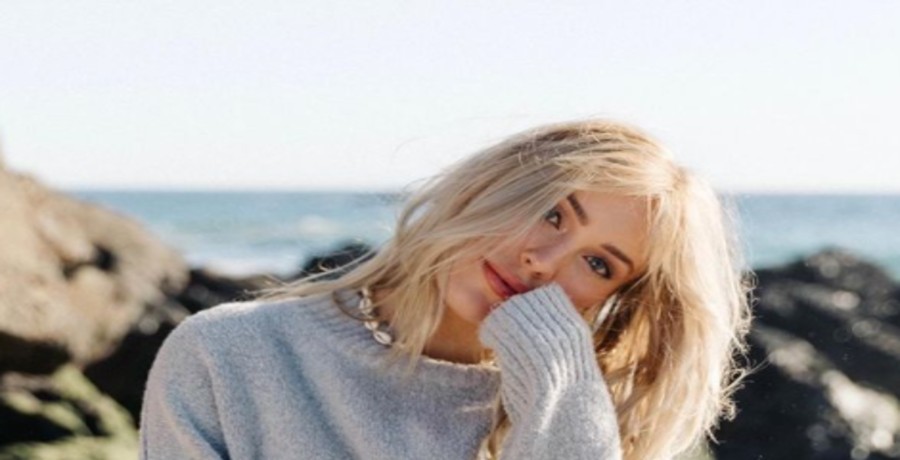 Cassie Randolph has a bit of a rough year. On her YouTube, she put up a video addressing procedures she had done in the past. Cassie split with Colton Underwood who she met on his season of The Bachelor last year.

After that, there was a lot in the news about him putting a tracking device on her car. This was something she’d been able to move away from. Colton then came out and she had more to address in the news about her personal life. She decided to do a Q&A on her YouTube and address plastic surgery and other things with her fans.

She opened up that people ask her about it often. Cassie said, “I can’t tell you how many times I get the question about filler and Botox and all that. Sometimes I’ll get the nastiest hate messages about work I’ve gotten done.”

Cassie Randolph said, “personally, I like to keep it as natural as possible – err on the side of less is more.” She doesn’t have a problem with people who have a lot done, that’s their choice.

It’s been a while since she had anything done. Cassie said she had Botox for her eyes, in her forehead, and her jaw. According to E Online, the reason she tried it in her jaw was due to stress. It’s understandable she’d had a bit of a rough time the past year.

The anxiety caused her to clench her jaw and caused headaches. At first, the Botox helped it, but she said now she wears a mouthguard. Cassie said cheek fillers were something she tried. She went on to say it had been a while because she has really defined cheekbones.

She Wanted To Know What Her Viewers Assumptions Of Her Are

Cassie Randolph asked fans to send the assumptions they had about her so she could respond. They asked her why she went on The Bachelor. She said she was hesitant at first. Cassie said she didn’t watch the show, it hadn’t occurred to her to go on it. Then, she had a vivid dream that she did an audition.

Cassie took it as a sign. She found the audition for the show was in the next town over. She went through the whole process three times and was almost on both Nick Viall and Arie Luyendyk’s seasons. Both times she and the producers felt she was a bit young. Cassie was twenty-one then twenty-two during their seasons.

Are you surprised Cassie could have been a contestant earlier? How do you think things would be different for her if she would have been? Comment with your thoughts below.

Maddie Brown Brush Is Proud Of Her Mom Janelle & Here’s Why
‘Extreme Sisters’ Season 2: Renewed Or Canceled?
‘Welcome To Plathville’ Season 3 Premiere Date & What To Expect
Dr. Now Shares A Key Factor In Reversing Obesity: What Is It?
Netflix’s ‘Virgin River’ Season 3: Release Date, What To Expect