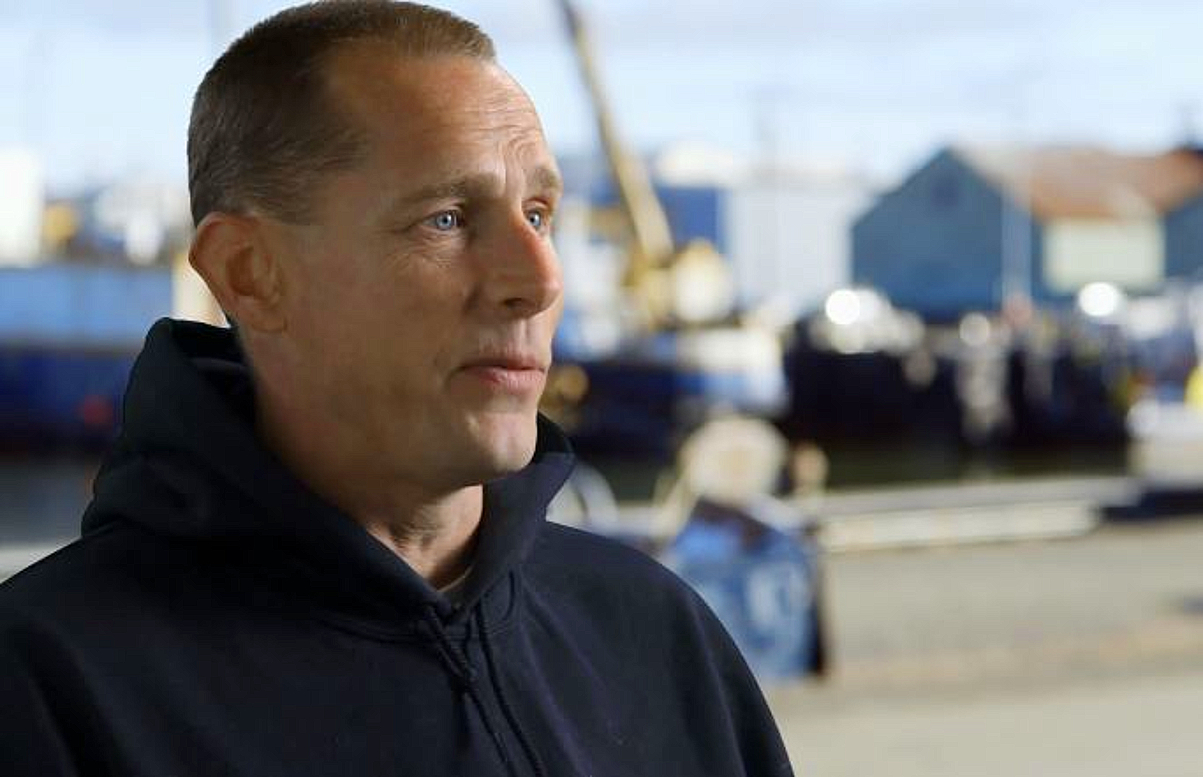 It’s Bering Sea Gold day on Discovery, and the TV Shows Ace exclusive clip is a hot one, featuring the series’ bad boys, the Kelly clan.

This Friday’s episode of Bering Sea Gold is loaded with a real surprise, and the Kelly clan are the ones in the crosshairs.

Apparently, in Elim, Alaska, firing off guns is no big deal if you suspect someone is taking your beach gold.  And the Kellys are always up to something.

Please take a look to see how it goes when Brad and Andy Kelly start dredging in Elim in hopes of finding the ultimate gold payoff.

What happens to The Kelly Crew in Elim?

We hear gunshots as the Kelly crew suddenly realizes that they are the intended target. Things take a turn for the worse when they face gunfire from some angry locals who have amassed at the shore and are taking aim.

Brad gets the dredge set up and in business as Andy suits up.

Andy says: “And finally, after embarrassing ourselves right in front of the town, we’re going to hopefully get down there and find some of the best gold I’ve ever seen, and I don’t care if they’re staring at me. They can stare at me while I’m getting gold and making my fortune all day long,”

Then the distinct gunshots are heard. Brad yells at Eddie and Andy to get down as the guns keep firing.

Elim is found on the northwest shore of Norton Bay on the Seward Peninsula, 96 miles east of Nome.

Approximately 460 miles northwest of Anchorage, the township is part of the Cape Nome Recording District. Tiny, it is only two square miles.

According to explorenorth.com, “This settlement was formerly the Malemiut Inupiat Eskimo village of Nuviakchak… The area became a federal reindeer reserve in 1911. In 1914, Rev. L.E. Ost founded a Covenant mission and school called Elim Mission Roadhouse. When the Alaska Native Claims Settlement Act (ANCSA) passed in 1971, Elim decided not to participate and instead opted for title to the 298,000 acres in the former Elim Reserve. The Iditarod Sled Dog Race passes through Elim each year.”

Who are The Kellys?

Brad Kelly, seen driving the boat in our clip, is the patriarch of the Kelly family. Brad Kelly “has wreaked years of havoc on Nome’s gullible and the Kelly family name,” according to his official biography.

“Brad brought his sons to Nome to get rich quick, but five years in the three Kellys haven’t even come close. Loyal to a fault, sons Kris and Andy haven’t abandoned Brad yet.”

They have appeared on the series since Season 2 premiered in 2012. His sons are Kris and Andy Kelly, who are also divers alongside their dad.

Show observers consider Andy Kelly to be their premier diver and prospector. In past seasons, Andy sided with his mother Wendy in her decades-long acrimonious split with dad Brad.

The onus this season is on Andy to find the gold needed to keep their operation afloat.

And not full of bullet holes: