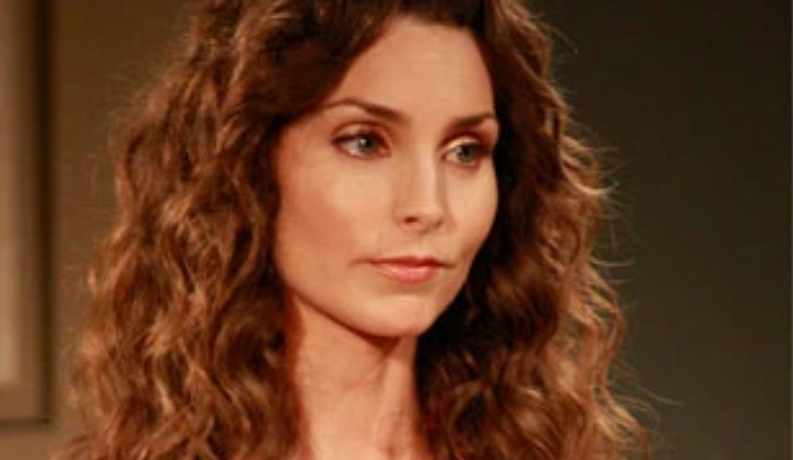 The Young and the Restless rumors reveal that All My Children alum Alicia Minshew could join the show. The role of Tara Locke may get a recast. Elizabeth Leiner currently plays the role. She made her debut in an episode that debuted on March 1.

Tara’s name first popped up with Theo Vanderway revealed that Kyle Abbott had an affair with the married woman when they went to New York City. She claims that her son, Harrison Locke, is actually Kyle’s. Currently, Kyle is undergoing a paternity test to ensure that he’s the father of the little boy. As for Tara, she could have a new look.

The Young and the Restless rumors — Is Alicia Minshew arriving at Genoa City?

Alicia Minshew is best known for her role as Erica Kane’s daughter Kendall Hart on the ABC soap opera All My Children. She took over the role in 2002 after replacing Sarah Michelle Gellar. Minshew played the role until AMC’s cancellation in 2011 and during the soap’s online revival series in 2013. Now, rumors are swirling that she could appear on The Young and the Restless.

Currently, Minshew is starring in the pilot for Eltingville, a family drama that takes place on Staten Island in the 1980s. Minshew took to social media to call the project a “kick a**, coming of age family story.” She also joked that her signature curly hair is right for the role, which has yet to be greenlit. Minshew’s other credits include Beacon Hill, Quarantine, and Tainted Dreams.

Now, there are whispers that she could join Genoa City. Y&R fans have not warmed up to the role of Tara Locke. No offense to Leiner, but they don’t think that she portrays the character well. They would like to see something sultry and seductive, especially one who wooed Kyle Abbott. If Summer Newman fears Tara, it would have to be for a good reason.

The head honchos on the CBS daytime drama have tossed Alicia Minshew’s name around. However, there is no truth to the rumors. It’s unclear whether they want her to play the role of Tara or if they want her to play a different character. Minshew has expressed a desire to return to daytime soaps.

Will Alicia Minshew join the All My Children reboot?

If Alicia Minshew doesn’t join The Young and the Restless, she could return to the All My Children reboot. The soap could return as a primetime reboot titled Pine Valley. ABC has plans to retool the daytime show as a primetime series. In a previous interview with Soap Opera News, Minshew said she would be interested in reprising her role as Kendall Hart.

“I don’t know who’s a part of it. I know Kelly [Ripa] and Mark [Consuelos] are,” Minshew said. “And probably Susan [Lucci] because you know you can’t have Pine Valley without Erica Kane.”

Minshew feels that Kendall and her husband Zach Slater (Thorsten Kaye) might still be together. However, Slater now plays the role of Ridge Forrester in The Bold and the Beautiful. Minshew has a feeling that Kendall “could go into business with her mom and sister.” She feels they “could be running some fantastic company together” in which their Kane grandchildren could also work.

Do you think Alicia Minshew could end up in Genoa City? Or do you think she should return to Pine Valley? There is a chance that the actress could end up on The Young and the Restless. Share your thoughts below in the comments.