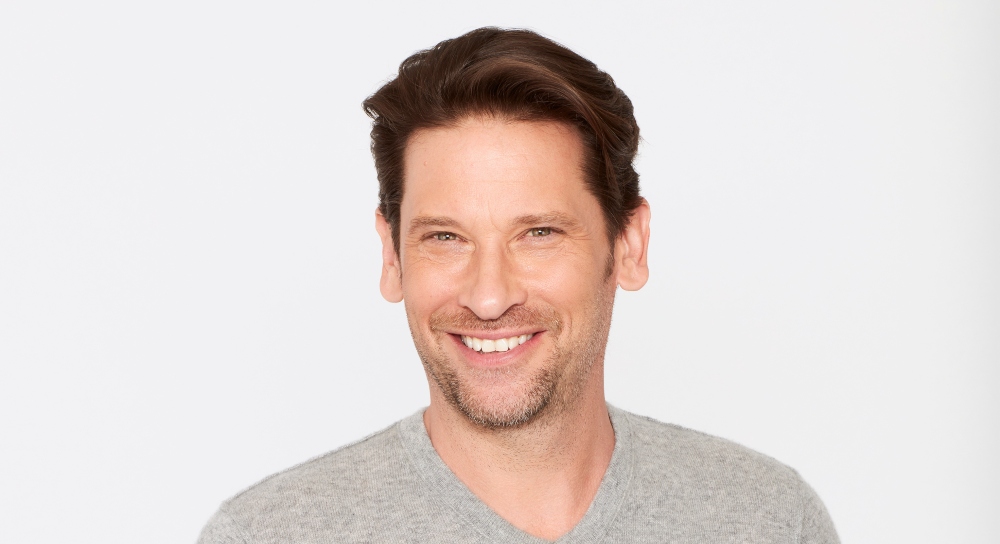 General Hospital spoilers previously teased the return of Roger Howarth. However, the show shared nothing about who he would play. The actor’s return has happened, and it came in an unexpected way.

Ever since Howarth’s Franco Baldwin died, fans have speculated who he would play in his return. Could he be a not-so-dead Drew Cain? Could he reprise a former soap character of his? Would he belong to one of the mob families?

Apparently, the General Hospital writers utilized none of those possibilities. At least, it doesn’t seem they did. Howarth’s return began when he encountered a desperate Maxie alone and very pregnant.

A Friendly Guy Ready To Help

Maxie prepared to give birth by herself in a dark, wooded area. Before delivering, the headlight of a car coming appeared. Did fake nurse Chloe catch up to her? Was Peter there already? Luckily, it wasn’t anybody Maxie already knew.

Howarth’s character walked over to Maxie and said his name was Austin. As Maxie’s luck would have it, he noted he’s a doctor. He was friendly as he helped Maxie prepare to deliver baby Louise.

A Potentially Terrifying Turn Of Events

Toward the end of Thursday’s show, Austin successfully delivered Louise. However, before he could hand her to Maxie, he stopped and noticed something. Naturally, Maxie immediately started to worry. He didn’t explain, but it appeared perhaps the baby wasn’t breathing.

The General Hospital sneak peek for Friday teased more on the way with this. Something Austin does sends Maxie into a panic and she’ll ask if Peter sent him. Is Austin a shady bad guy rather than a friendly doctor?

What do General Hospital writers have in mind with Austin? It appears Howarth’s character will not be a Franco lookalike, as Maxie didn’t show any sign of recognition. The network hyped this return as something more than a quick one-off though. Given that, it seems likely “Austin” will head to Port Charles soon.

Is Austin connected to Peter? It didn’t appear that way, but it could be possible. Will he simply be a doctor who snags a job at General Hospital with no tie to Franco? General Hospital spoilers from SheKnows Soaps don’t reveal anything else significant about this character yet. There’s no doubt fans will be curious to see where this heads.