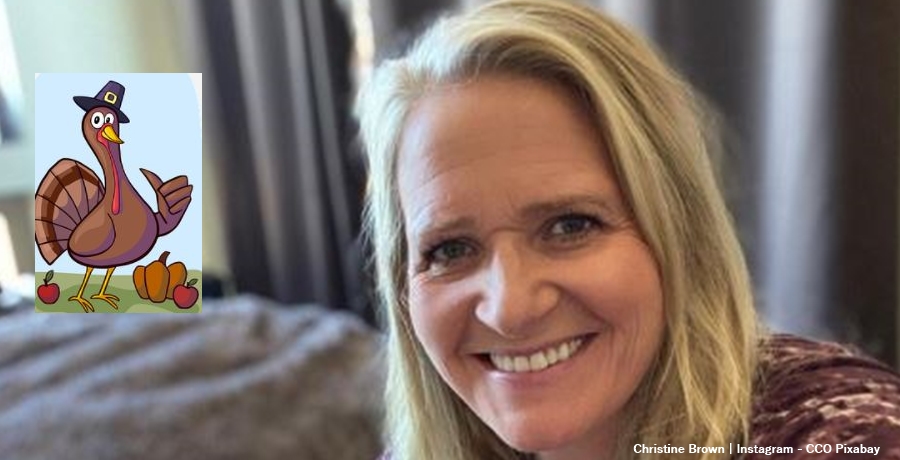 Christine Brown from Sister Wives just baffled many of her fans from around the world. However, she also made them lick their lips when she shared a delicious-looking plate of sandwiches. Actually, over 10k fans loved her Instagram post and hundreds of questions and comments arrived. Why do TLC fans react so strongly to her turkey sandwiches?

TLC fans know that Kody’s third wife looks after herself by watching her diet. In fact, in the past, they questioned her about her diet and weight loss. Well, the turkey sandwich that she shared this week looks healthy and delicious. If you don’t know, she sticks with the Blood Type Diet by Dr. Peter J.D’Adamo. Originally published in 2001, The Eat Right Diet later, came out in a  new edition came out titled, Eat Right For Your Type. Probably, she also works out to maintain her figure.

‘Sister Wives’: Christine Brown Reveals How She Manages Her Weight

At one stage, fans actually became very concerned that Christine Brown lost too much weight. In the middle of last year, fans noticed that on her LuLaRoe podcasts, the Sister Wives star looked a bit too slim. Well, losing too much weight might endanger health as much as obesity. So, fans encouraged her to ease up on her diet and eat a bit more food. Perhaps the TLC star did that as in the last season of the show, she looked no slimmer than in the previous one. Now, she shared a photo of a sandwich that caught the interest of a lot of fans.

On Monday, May 24,  Christine Brown posted up a photo of some open sandwiches. In her caption, she said that the recipe came from  her “other mom’s mom.” She described the sandwich as Grandma Rose’s “namesake.” The photo revealed a bit of a side salad next to the sandwiches. Fans thought the other ingredients look scrumptious. Red onions topped cheese and turkey. However, unusual for many Americans, she also said that she puts “butter” on the bread. That really baffled a lot of people as butter used to be way more commonly consumed than today.

More people start to eat the dairy product, but it’s not commonly widespread like in Germans and other parts of Europe. Christine Brown might have followed the trend away from rejecting butter. Naturally Savvy notes that “in the 1990s, only 30 percent of Americans used butter.” At the time “animal fats were taboo.” However, these days more people make the switch as alternative products often contain “trans fats.”

Lots of Sister Wives fans just can’t get over the idea of eating butter on sandwiches. One of them commented, “Everyone asking about the cheese and I’m over here confused about butter on a turkey sandwich 😮.” Meanwhile, fans wondered which cheese she used. One fan helpfully suggested “Harvarti or Provolone cheese.”

What are your thoughts about Christine Brown’s yummy-looking sandwiches? Might they tempt you to put butter on your bread in the future?

Remember to check back with us often for more news and updates about TLC’s Sister Wives star, Christine Brown.