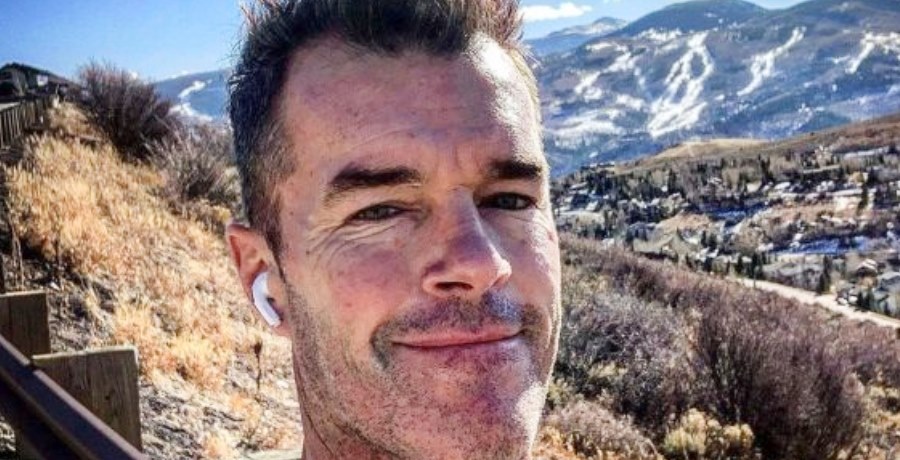 Ryan Sutter has been suffering from a mysterious illness for months. Both he and his wife Trista Sutter have shared their desperation and worry as they searched for answers. Most recently Sutter posted on his Instagram, “maybe I picked a bad time to start my career over? Maybe I was too old, too broken, too confident, too selfish, too clueless? Maybe it was too much?”

He went on to say, maybe it wasn’t because it gave him strength and may have been, “necessary to find his greatest potential.” On his wife’s podcast, he finally revealed what caused extreme fatigue and not being able to get out of bed.

Ryan Sutter Revealed What He’s Been Suffering From

Ryan Sutter revealed he’d suffered from Lyme disease for the past year, but that wasn’t all. According to People his body being exposed to mold as a firefighter was more susceptible to it than others. Mold triggered his case of Lyme disease. He said, “my immune system was weakened.”

He said it comes down to genetics to get rid of the toxins firefighters absorb, and his genetics weren’t up to the challenge. Other firefighters, he shared, wouldn’t be affected the same way he’d been. Several fans had suggested on his social media he could have had Lyme disease. The ailments were vast so it took doctors a little longer to nail it down, plus he underwent a lot of different tests.

Trista Was There The Whole Time

Ryan Sutter had a huge cheerleader and caretaker in Trista. The couple shared they’d been through a long process of searching for answers. Trista shared it had been difficult. She said, “it’s a really difficult thing to see the person you love most in the world struggling.”

Ryan is such a strong guy, she didn’t want to see him feeling hopeless. She said all she could do was, “be an advocate for him.” Lymphoma, lupus, and rheumatoid arthritis were all possible. Ryan said it felt strange after seeing an oncologist and finding out it wasn’t cancer. “You’re like well that’s great, I don’t have cancer, but then on the other side…what do I have?”

Ryan Sutter is looking ahead to when he can be his normal active self. He’s not taking a lot of antibiotics to get over Lyme disease. He decided to change his diet instead. He shared he’s adding fruits and vegetables and avoiding gluten, dairy, and sugar.

Now that they have a path moving forward and relief they can start to heal. The unknown is over, now the challenge is facing the disease head-on. Ryan and Trista are a favorite couple from Bachelor world, and they are strong people. Ryan is finally getting answers, what do you think about that? Comment your thoughts down below.

Could Jeremy & Jinger Vuolo Be Moving Back To Laredo, Texas?
My 600-LB Life Star Melissa Morris: Weight-loss Update 2021
Duggar Kids Preparing For End Of ‘Counting On?’ Looks That Way
WOW!! Looks Like Whitney Way Thore Has Lost Some Major Pounds
Adam Busby Shares Photo As He Takes The Top Off