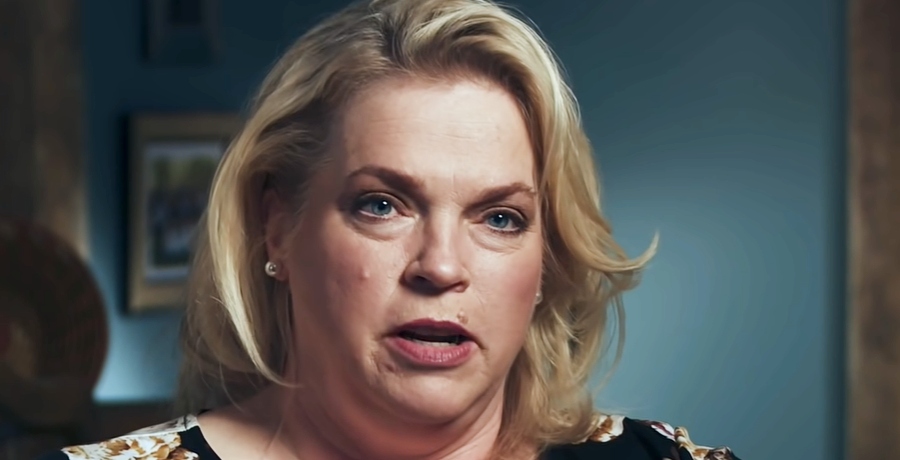 Janelle Brown’s property in Flagstaff is up for sale. It’s raised some questions about the way she lives, especially when some pictures show the state the five-bedroom house is in. Brown’s house went on the market for almost $700K. Like we reported Janelle is just renting the house. The fact that it’s on the market doesn’t necessarily mean the family is moving right now. It does seem she will need to find somewhere else to live.

The family consists of Kody Brown and his wives Meri, Janelle, Christine, and Robyn who live separately. COVID made those arrangements a bit more chaotic. The plan is for them all to build homes next to each other on the Coyote Pass property. The relationships have been tested a lot this year, because of the pandemic and tabloids.

What Does Janelle Brown Have In Her Home

The photos of her home weren’t staged according to All About The Tea. They show a bit of a cluttered space leading some people to wonder if she has hoarding tendencies. One of the pictures of Janelle Brown’s house showed a bookcase with a mix of paperwork and lots of clothes lying about. She lives in her home with three of her children, Garrison, Gabe, and Savanah. Really it looks like they just don’t care too much about being perfect. A messy house doesn’t automatically mean Janelle is hoarding. Check out All About The Tea for the photos.

Many people only have an idea of how hoarders operate from the show, Hoarders. Those are most often the extreme cases. The homes are unlivable and full of things. A lot of them aren’t clean and infested with pests. Hoarding can look like that or it can look like not wanting to get rid of personal items because you attach them to memories. It’s often related to mental health and can sometimes be associated with past trauma.

Janelle tweeted about her lifestyle. She said, “I think since we have been public, I personally haven’t felt awkward about being a polygamous in a monogamous world. When we were trying to stay secret it was awkward.” According to In Touch, the tweet was in response to fans saying Janelle had to force Kody to say he loved her. She said that wasn’t the truth. Kody tells her he loves her more than she does.

What’s In The Future For The Family?

Janelle Brown has plans to eventually move into the house Kody will be building for her and her kids on their compound. Reportedly the pandemic slowed down the building of those houses for the family in Arizona. Kody purchased the land in 2018. He hasn’t started construction on the homes.

It doesn’t look like they are in a hurry, because a report showed there hadn’t been any more permits taken out for moving forward according to In Touch. What do you think about Janelle moving and the compound they’re building together? Comment with your thoughts down below.