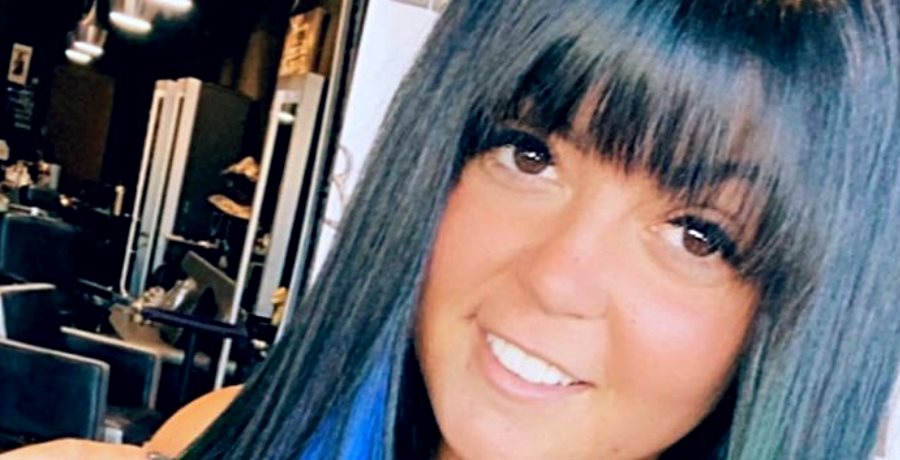 Lexi Martone shared on Instagram she purchased a house. She captioned the photos of her standing in front of the adorable blue house, “who’s happier I bought a new house? me or the HOA board at my old house?” The series of pictures also included a gif of her and her realtor with a huge key.

Lexi can take pride in being able to purchase her own house because she works hard. Along with her family; mom, Jennifer Martone, grandma, Foxy, and sister, Bria Martone; she’s on a reality show. She owns a salon with her sister and they just came out with their own line of beauty products. One visit to Lexi for a set of custom nails can cost hundreds of dollars, so she’s doing well for herself.

Her Mom Left Her Some Special Home Decor

Lexi Martone has a lot of strange and macabre things in her home, but her mom surprised her with a different kind of decoration. There were balloons on the front porch and Lexi captioned her story, “guess mom got here first.”

Martone has a lot of interests but the self-proclaimed, “cupcake witch,” really loves all things witchy and spooky. Everything from her wardrobe to the cauldron in her kitchen screams quirky. Lexi Martone has a business, reality television, and endorsement deals bringing in the money. A look at what she can charge for her custom designs shows you she’s made quite a bit over the past couple of years. The family already had money because her late father, Mike Martone was a very successful businessman.

What Is Lexi Martone Worth Currently?

According to Full Celebs, Lexi Martone charges over one hundred for a simple gel manicure. If a client wants one of her famous custom sets the price can get above one thousand quickly. The salon is her main source of income and stays booked consistently. Her estimated net worth is currently around three million.

According to The Cinemaholic, her TLC reality show hasn’t yet been renewed for a third season. Based on the time it took to shoot Season 2, around eight months, the third season wouldn’t air until 2022 if it is renewed. It seems likely the show will come back based on its popularity. The show has a lot of devoted fans. Many of them congratulated Lexi on her new house.

Lexi is a boss babe of her own admittance. She shared a video of herself on Instagram and said, “you all want to date a bad independent woman until they work all the time, make more money than you, and do what they want.” What do you think of Lexi’s new house? Comment with your thoughts on all things Unpolished down below.

‘7 Little Johnstons’ Fan Calls Out ‘Miss Negative Nancy’ Amber
Hallmark’s ‘Crashing Through The Snow’ Is New Christmas In July Movie
‘Renovation Island’ Resort from HGTV: How Do You Visit?
Khloe Kardashian Facing Backlash As Fans Accuse Her Of ‘Blackfishing’
Multiple Times Jade Roper Slammed Trolls Who Slap At Her Parenting