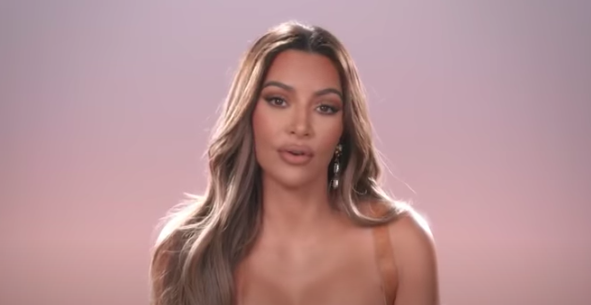 Things are not looking good for Kim Kardashian and her journey to becoming a lawyer. Turns out, the Keeping up with the Kardashians star flunked her baby bar exam.

Kim Kardashian wants to be a lawyer

Keeping up with the Kardashians fans have been anxiously watching Kim K’s journey to becoming a lawyer on the new season of the show. A few weeks ago, they saw Kim take the baby bar exam. She confidently said she thinks she passed. Her family even threw her a party. Kim notes that this exam is just as hard as the regular bar exam.

“If you are doing law school the way I’m doing it, it is a 4-year program instead of your typical 3-year program, and after year 1, you have to take the baby bar. This was actually harder, I hear, than the official bar,” she says.

According to TMZ, Kim did not pass her baby bar.

To pass the exam Kim needed a 560. Instead, she got a 474. Nearly 100 points too low to pass. However, it’s important to note that Kim had to take the test in her house while being monitored through a camera. Certainly not the normal test-taking environment.

“That is extremely close on a test that most people are not taking in the middle of a pandemic,” Jessica Jackson, Kim’s mentor, says.

This is probably a shock for Kim who was quite certain she had passed.

Will Kim be a good lawyer?

In fact, some say yes. Even Van Jones thinks she will be amazing.

“She has used her platform to help people behind bars. Her dad was a lawyer, and she always wanted to be a lawyer,” the political contributor says. “When she got a taste of what she could do using her platform, using her brain, she hasn’t let up.”

Not to mention, Kim has a very famous dad in the lawyer world. In fact, her father is Robert Kardashian.

“[Kim] is so prepared, she is so passionate, she reads the letters that she gets, and is always trying to figure out how to be helpful,” he says. “People forget she is the daughter of a very accomplished lawyer. She is also the mother of three African-American kids, so that puts that criminal justice conversation in a different place.”

Did you think Kim Kardashian would be a good lawyer? Let us know in the comments below. Come back to TV Shows Ace for more news on all of your favorite Keeping up with the Kardashians stars.

’90 Day Fiance’ Spoilers: Are Syngin And Tania Still Together?
Chip and Joanna Gaines’ Magnolia Network Adds Three New Courses To Magnolia Workshop
Carlin Bates DRAGGED For Making Everything About Herself
Riley Christian Shares If He’s Spoken To Brendan Morais Since ‘BIP’
Jessica Batten Of ‘Love Is Blind’ Gets Happily Ever After