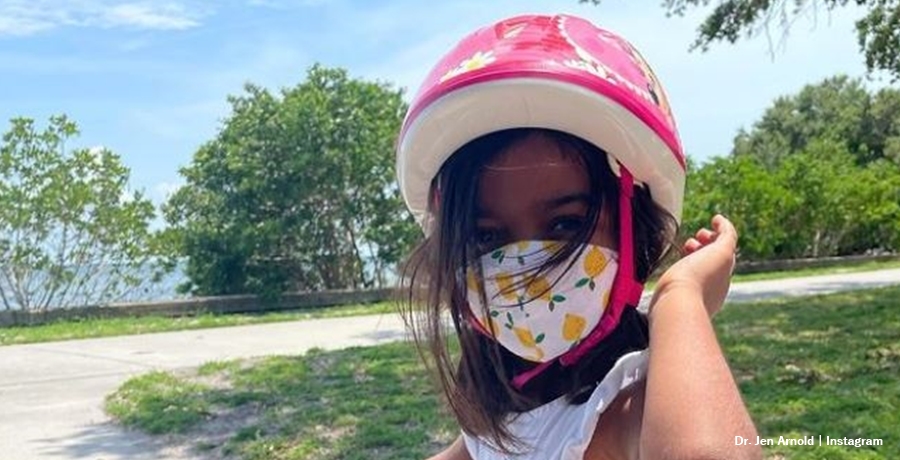 Jen Arnold from The Little Couple revealed last year that her daughter instantly fell in love with an animal. This week, it seems that her love turned into a bigger passion. The cute little kid really grows up fast and as she developed a strong personality, she seems determined to follow her passions. Many TLC fans think that Zoey, adopted from India, might be one of the luckiest kids in the world.

TLC fans know that both the Klein kids love animals. In particular, their pooch Rocky is in many adorable photos of little Will. Of course, fans also adore the cute little dog who became famous through the show and Rocky & Maggie’s pet service. October last year, the little dog looked wonderfully happy as Bill and Dr. Jen gave their pup a lovely bed just for him. However, to make it cuter, their daughter cuddled up alongside the doggie in the dog bed. Clearly, she adores animals.

‘The Little Couple’: Sweet Little Rocky Gets A Special Gift From Jen & Bill

In the same month, Jen Arnold revealed another animal that Zoey fell in love with and asked The Little Couple fans if they could guess it. The post came just after the cute kid’s birthday, so fans wondered if her parents gave her one of her favorite animals. Actually, it’s not clear that they did that. However, it turned out that her new favorite animal was a pony. Since then, nobody really saw or heard much more about it. However, it looks like she still feels very passionate about horses. You might recall that back in 2018, both of the kids went horse riding. So, it’s not a new hobby or sport for Zoey. Fans of the show also saw the kids visit the horses on Jen’s parent’s farm.

This week, Jen Arnold shared a new post about horses with The Little Couple fans. Fans can probably guess that the animals feature a lot in Zoey’s life this summer. The photo revealed her stroking a horse’s nose. Actually, she looks so tiny next to it. Jen caption the photo with, “My girl has found new friends & a new hobby she is loving! I love seeing her passion for horses blossom.”

In the comments section of the post by Jen Arnold, The Little Couple fans talked about how fast Zoey grows up. One person who clearly loves horses wrote, “Horses are so incredibly nurturing to those who love them. Gentle giants but so incredibly good for a child’s soul 🙌❤️.”

Other people agreed with that and another fan noted, “Horses are so good for kids!!!”

Remember to check back with us often for more news and updates about Zoey and Jen Arnold of The Little Couple on TLC.