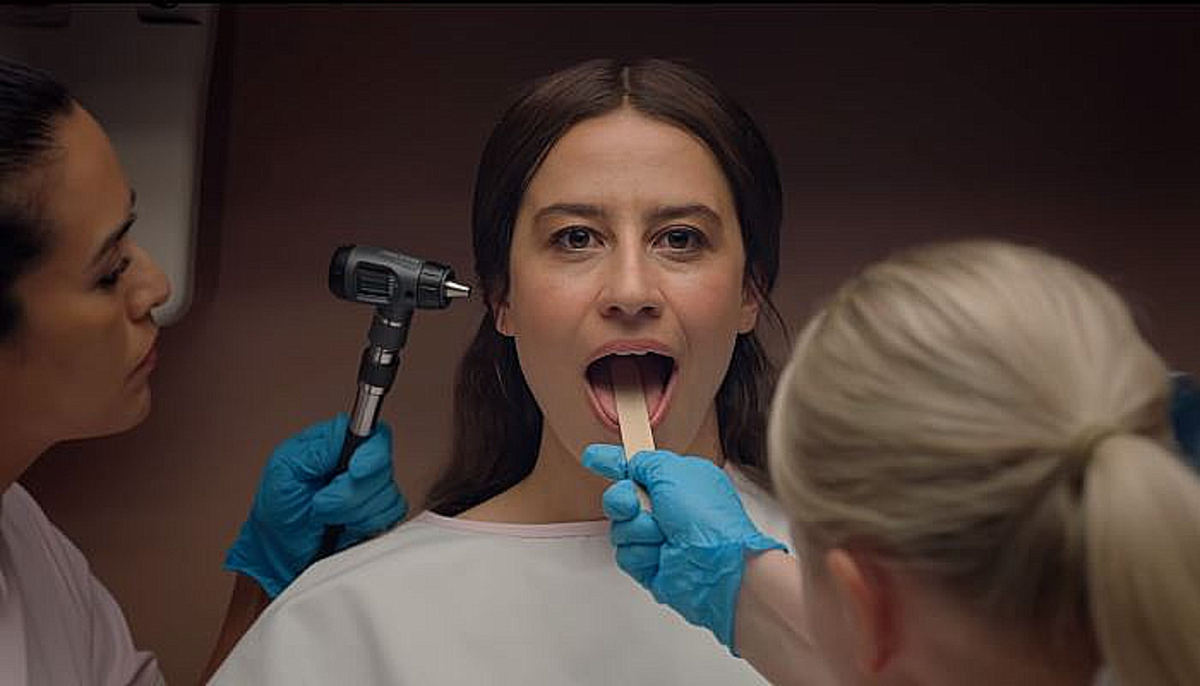 False Positive is due in June, and this baby is one to keep an eye on.

Having a baby or trying to get pregnant is usually not horror fodder. And not since the 1968 film Rosemary’s Baby has that seemingly joyous premise been so stood on its head with all sorts of conspiratorial and malevolent possibilities.

Now Hulu has a new original film, False Positive, featuring Pierce Brosnan as the smooth as silk OB/ GYN who helps couple Adrian (Justin Theroux) and Lucy (Ilana Glazer) conceive shows that this notion of hijacking a women’s uterus for evil purposes is still a terrific twist on the “happily ever after” trope.

It’s a picture-perfect moment and one the couple has been hankering for until the mother senses there’s something wrong with her pregnancy and the baby inside her.

The tagline from production company A24 and Hulu is: “Never underestimate a mother’s intuition.”

Lucy wants a baby. So badly that she and her husband Adrian consult with a specialist, Dr. Hindle, for fertility to conceive. The perfect life of having it all is within reach.

In the trailer, Lucy exhorts: “I can be one of those women who has it all: my career, my kids, my old man by my side.”

Glazer, half of the comedy duo in Broad City, plays this role with all the right notes. Wide-eyed at first, Lucy is optimistic and thrilled in the new trailer until she has the realization that someone is not straight with her and that her pregnancy is anything but textbook.

False Positive twists the happy tale of getting pregnant into a modern-day horror where the reasons and the villains are artfully veiled until the end. The film stars Ilana Glazer, Justin Theroux, Pierce Brosnan, Sophia Bush, and Gretchen Mol.

After months of trying and failing to get pregnant, Lucy (Ilana Glazer) and Adrian (Justin Theroux) finally find their dream fertility doctor in the illustrious Dr. Hindle (Pierce Brosnan). But after becoming pregnant with a healthy baby girl, Lucy begins to notice something sinister through Hindle’s gleaming charm, and she sets out to uncover the unsettling truth about him, and her own “birth story.” As if getting pregnant weren’t complicated enough…

Pierce Brosnan is tall, handsome, and sinister in his obsequiousness in this film as the medic who enables a pregnancy.

Brosnan exudes an ultra-polished exterior and steers Lucy until she cannot ignore her pregnancy’s strange visions and feelings anymore.

His demeanor goes from concerned, optimistic, and omnipresent to suspected villain with the most subtle personality shifts in this modern-day horror film.

The creatives behind the Hulu original film

A24 serves as the studio.