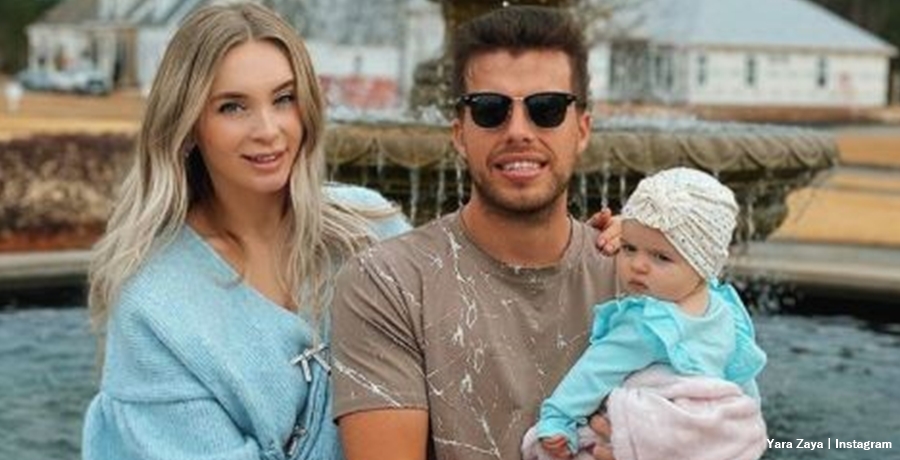 Yara Zaya Of 90 Day Fiance seems pretty and stylish and a lot of TLC fans like her. However, she also picks up a lot of trolls who accuse her of being a gold-digger. She married Jovi Dufren and later they produced a baby. Actually, he seems delighted with the child, but fans still bang on about the reasons for her commitment. Talking about her looks this week, she revealed that she suffered from a learning disability. What is it?

Yara Zaya Of 90 Day Fiance birthed her baby amidst speculation

TLC fans know that Jovi met his wife while traveling and he warned her that he traveled a lot with his job. That brought some drama to the show, but she also clashed with Jovi’s mom, Gwen. Recall, Yara, from Ukraine seemed keen on keeping things small and intimate when they planned a wedding. Eventually, the couple became engaged and Gwen seemed really unhappy about it. In fact, she openly claimed that Yara only wanted to marry her son for a green card. Of course, the story seems rather stale now, as it happened with nearly every season.

Nevertheless, Yara Zaya became yet another 90 Day Fiance cast member accused of that. Fans later heard rumors of a pregnancy, then it all came to light. In February this year, she was spotted out and about with the child. Well, you might think she trapped him with the baby, but when they planned their wedding, they probably didn’t know that she would fall pregnant. In fact, contrary to her trapping Jovi for a green card, some fans speculated that he trapped her, according to Screenrant. After all, he got the child he wanted but he never really gave up his party-loving ways.

Green card and attractiveness, plus a learning disability

Yara Zaya took to her Instagram on May 24. Fully aware of her good looks, the 90 Day Fiance star wrote, “I will never understand why in 2021 people still think that if a girl is beautiful, then she is definitely a Golddigger🤔.” The photo revealed her looking amazing as if she never birthed a baby at all, fans thought. Taken in Beverly Hills, she blended right in. Expanding on her thoughts, she talked about “beautiful” women who make “more money” than men.

Yara Zaya also explained that she feels that a”woman in a family should also make money.” So, she feels proud that she pays her way by paying bills and purchasing food for her home. Next, she asked her 90 Day Fiance fans what they thought about it.  Then, right at the end of her message, she talked about her learning disability. She noted that she finds it “easier to speak than…write.” She revealed that she is “dyslexic.”

The Mayo Clinic explains, “Dyslexia is a learning disorder that involves difficulty reading due to problems identifying speech sounds and learning how they relate to letters and words.”

What are your thoughts on the TLC star suffering from dyslexia? Do you know anyone who struggles with that learning disability? Sound off in the comments below.

Remember to check back with us often for more news about Jovi Dufren and Yara Zaya from TLC’s 90 Day Fiance.