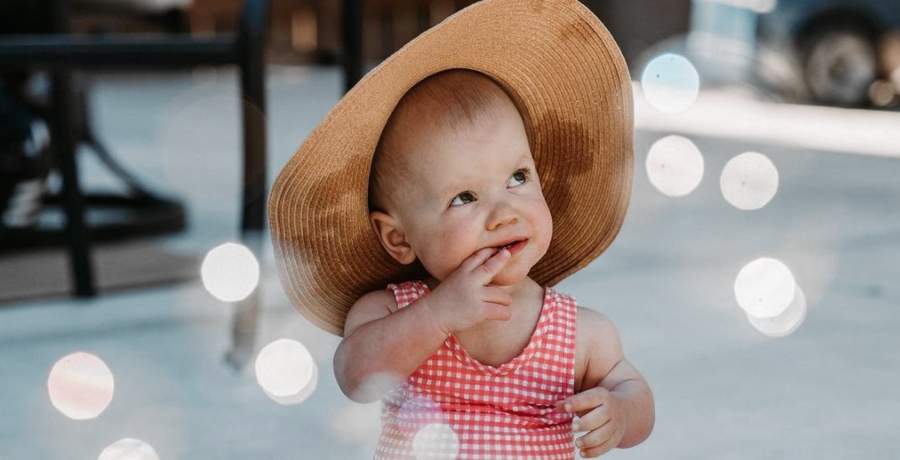 Tonight’s episode of LPBW has some fans wondering what is wrong with Lilah Roloff. The synopsis for tonight’s episode reads, “Zach and Tori stress over medical issues their kids are facing.” And, here’s what we know about why Tori and Zach are so stressed about her health.

Lilah Roloff turns mommy into a ball of worry

Tori Roloff admits that Jackson was a pretty easy baby. He didn’t really have too many health issues. And, he hit his major milestones on time. Lilah, however, has been a different story. According to the nine-month checkup, Tori reveals Lilah is failing in a lot of areas regarding development. Tori notes there is also a serious concern regarding her weight.

The doctors encourage Tori and Zach to get Lilah to eat foods packed with healthy fat as much as possible to “chunk” her up a bit. Tori explains that means foods such as avocadoes need to be part of Lilah’s diet.

What’s wrong with her eyes?

During her doctor’s appointment, Tori Roloff brought up concerns about Lilah’s eyes. What’s wrong with Lilah Roloff? Unfortunately, the doctor didn’t have an answer. The doctor encouraged Tori to take Lilah to an eye specialist to get answers. As we previously reported, Tori posted a short video featuring Lilah working on her walking skills (with a walker). Fans, however, noticed she had some sort of patch on one eye. Was she alright? 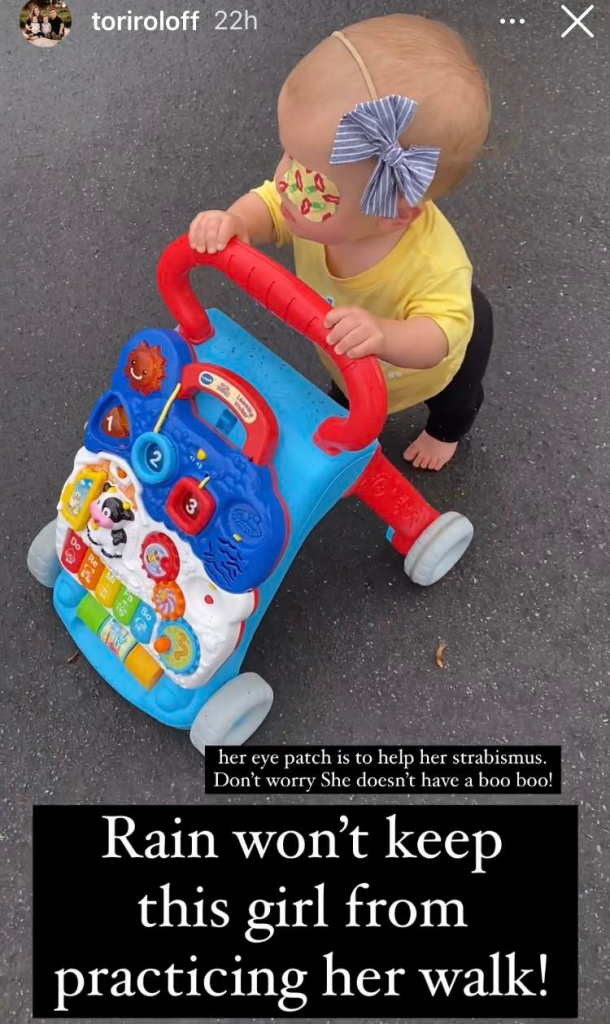 According to Tori, the eye patch assists with Lilah’s strabismus. And, it is really nothing to worry about.

Wait, what is strabismus?

Strabismus is a condition that prevents the eyes from aligning and looking in the same direction. This makes it difficult for Lilah to focus on an object with both of her eyes. Treatments for the condition include special eyewear, an eye patch, and — in rare cases — surgery.

As we’ve also previously reported, Lilah Roloff is working hard to reach a major milestone. She’s doing a good job cruising with the help of a walker! During tonight’s episode of LPBW, Tori and Zach discuss how concerning it is that Lilah hasn’t started walking yet. Especially compared to Jackson. But, it looks like she’s trying hard to get there!

New episodes of LPBW air on Tuesday nights only on TLC.

‘Renovation Island’ Resort: Why Was It Shut Down?
‘Outdaughtered’ Uncle Dale Gets The Best Father’s Day Gift Ever
Justin McSwain Says He’s Thankful For A Year Of Life – Interesting Photo
Does ‘Seinfeld’ Have A Netflix Release Date Yet? When To Expect It
Lindsie Chrisley Snubs Todd On Father’s Day 2021