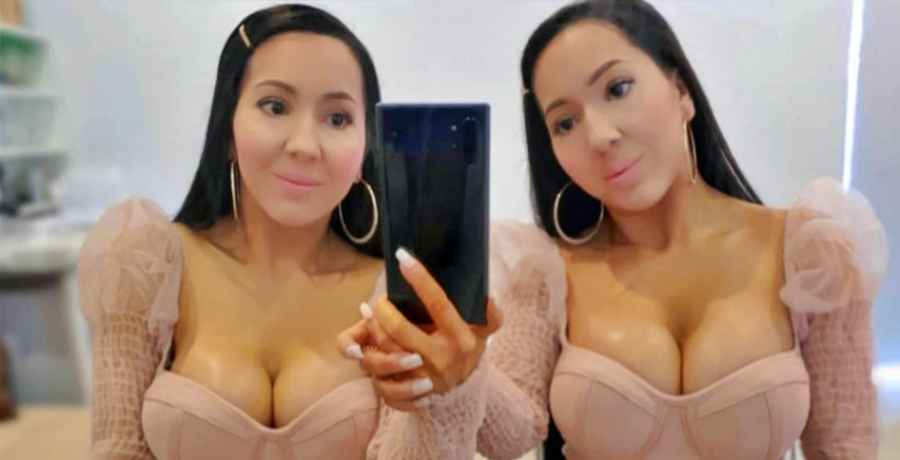 Anna and Lucy DeCinque are one of the sets of identical twin sisters on the TLC reality show Extreme Sisters. While twins are known to do things together, fans are calling Anna and Lucy out, saying they are “crazy” for doing everything together. This includes the fact that they both took a pregnancy test together. Many fans were relieved to hear that they failed that test and are not currently pregnant.

Extreme Sisters was aptly named by the TLC network, as the show gets weirder with every episode it airs. The reality show is all about the bizarre, toxic and obsessive relationships shared by twin sisters. However, fans believe that Anna and Lucy, from Perth, Australia, truly take the cake for their twin behavior.

Anna and Lucy, 35, are identical twins who are completely obsessed with looking alike, but also for doing everything together. The pair cannot imagine being apart from each other at all. For this reason, to ensure they are always together, Anna and Lucy even dated the same boyfriend. The sisters have been together with Ben Byrne for 10 years and are ready to take things to the next level. In fact, they want to get pregnant by Ben at the exact same time.

Anna and Lucy met up with a fertility doctor and explained how they want to get pregnant together. When the doctor asks if they have partners, he looked baffled when they say they shared a boyfriend.  However, the twins continued to try and get pregnant with Ben. In fact, they finally believed they had achieved this when they noticed a glow to their skin. People always say that women glow when they are pregnant, so this had to be the case for the twin sisters.

The sisters asked Ben to get pregnancy tests for them. However, while they were excited, Anna and Lucy also dreaded only one of them falling pregnant. In their confessional on the show, the twin sisters said they wouldn’t continue with the pregnancy if only one of them fell pregnant. They insist they want to do the baby thing together.

Extreme Sisters fans found their behavior totally over the top. Judging from their social media comments, they are both amused and irritated by the twins’ obsession to do everything together. One fan tweeted, “Glad Anna and Lucy aren’t pregnant!!” They added that seeing the sisters applying tanning oil to each other was weird enough.

Glad Anna and Lucy aren’t pregnant!! Seeing them apply tanning oil to each other was just weird! #ExtremeSisters 😬😬😬😬😬😬😬😬😬😬

Another commented, asking if one sister gets pregnant, will the pregnant one terminate, adding that the sisters are sick. That fan wrote that hopefully, God will not give either one of them a child.

Dear Anna & Lucy- since you’re searching the internet for pregnancy how to’s, you may want to look up how hard it is to control nature. You can’t DoorDash a baby, & even one of you would be lucky to get pregnant on first try. Narcissism at its finest. #aussietwins #ExtremeSisters

Meanwhile, another Extreme Sisters fan wrote, “Dear Anna & Lucy – since you’re searching the internet for pregnancy how to’s [sic], you may want to look up how hard it is to control nature.” According to the Twitter user, you “can’t DoorDash a baby.” They wrote that even one of them was lucky to get pregnant on the first try. In fact, they wrote that this was ‘narcissism at its finest.’ Meanwhile, another social media user wrote that Anna and Lucy are out of their minds for having Ben get them pregnant at the same time.

Keep up with Anna and Lucy on Extreme Sisters on TLC, Sundays at 10/9c.