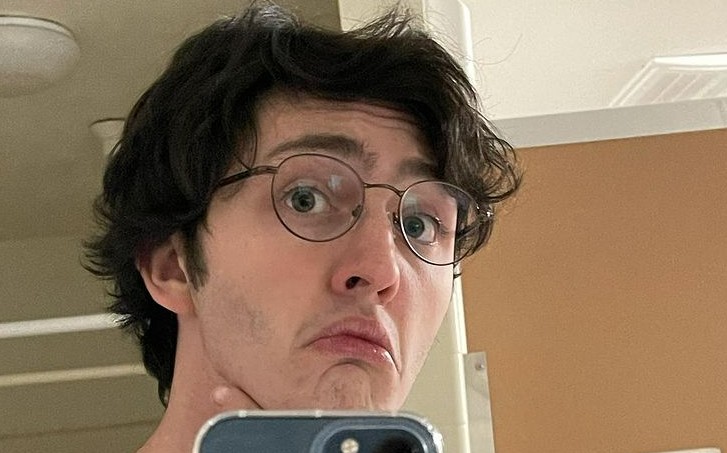 Fans of the hit Netflix show Cobra Kai are excited for Season 4. Ralph Macchio confirmed filming for the highly anticipated season wrapped up. Now, fans wait anxiously for the premiere date. In the meantime, Gianni DeCenzo is dishing on things happening in his own life. Plus, he shares a little of what to expect for Cobra Kai Season 4. Keep reading to find out more!

TV Insider dished on what Gianni DeCenzo had to say about life and Season 4 of Cobra Kai. Gianni is a rising star thanks to the Karate Kid spinoff. His character, Demetri, first appeared in Season 1. Demetri gets picked on a lot at school and he’s learning to stand up more for himself. After Gianni’s character was a hit, he was signed on as a season regular. His speech during Season 3 was very popular. The speech encouraged and got Miyagi-Do and Eagle Fang to unite in the fight against Cobra Kai.

Gianni said even with the ongoing pandemic and wearing a mask everywhere he goes, fans recognize him. He’s loving the support and love from fans. Gianni said he loves the Cobra Kai fanbase.

Plus, Gianni said he does see a lot of Demetri in himself. He said, “Over time being on the show, the line gets blurrier. I do put a lot of myself in Demetri. I am very nerdy.” He continued, “I enjoy anime, Magic: The Gathering, all that stuff. I’m not as sarcastic and crass as him, but it’s pretty close. When we were doing the mall fight in season 2, I’m in the comic book store and in between rehearsals during that entire fight scene, I actually went over to the comic book store and bought some comic books. Deadpool, really good edition. I think that says it all.”

Does he have good karate skills?

Gianni dished that prior to the start of filming a season, the cast has two solid weeks of training. He said, “We have a little bungalow where we train and work out. The stunt people kick the sh-t out of us for a solid two weeks to make sure we can kick the sh-t out of each other, which is a beautiful thing. I definitely think that compared to season 1, I’ve grown. If you look back then to now, I look like I could kill past me. It’s awesome.”

Plus, Demetri even has a love interest on the show. Gianni said it’s great because he is nerdy in real life and so it’s cool to see Demetri get the girl.

Gianni also said he loves how much people took to his speech in Season 3. It shows Demetri is standing up for himself more and showing growth. He said it warms his heart so many loved it.

Three years ago today with the big three and Billy Z promoting the launch of @CobraKaiSeries and last week celebrating the wrap of #CobraKai Season 4 on @Netflix What a journey! Can’t wait to share the new season!! pic.twitter.com/dbLCqHImnu

Gianni couldn’t say too much in regards to the highly anticipated Season 4 of Cobra Kai. However, he did say it will be worth the wait. He said, “Without getting fired, I can say this season will be big. I don’t know how the writers do it, but they seem to top themselves with the All Valley tournaments, the school fights, the home invasion. With season 4, I can’t give anything away but it’s definitely worth the wait. It’s going to be amazing this season. I guarantee it. That’s the most I can say without getting a call from [co-creator] Jon Hurwitz and being fired.”

Gianni said he wouldn’t be opposed to a movie happening down the line. There have been no talks of that just yet. However, with the success of Cobra Kai who knows what the future holds. Right now Netflix has not released a premiere date for Season 4. Fans can most likely expect it to premiere in late 2021 or early 2022.

Are you excited to see Season 4 of Cobra Kai?