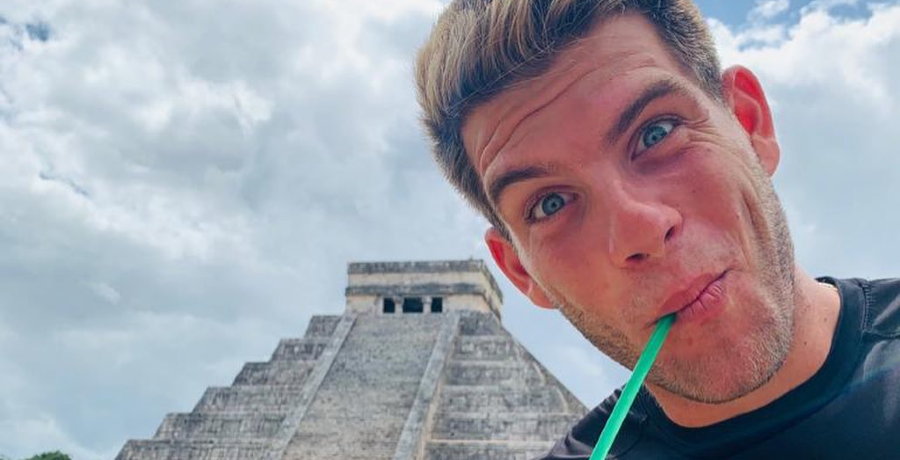 Below Deck Sailing Yacht star Jean-Luc Cerza Lanaux had a personal problem. The yachtie discovered something unusual happening in his pants. In last week’s episode, he went to his cabin to find out what was going on. Jean-Lux shared in his confessional that he thought he had chlamydia again.

However, he spoiled his health update on social media. He revealed that he was in the clear. His doctor confirmed the news during Monday night’s episode. What happened with Jean-Luc’s personal problems? Why was he so concerned about getting an STD?

On the latest episode of Below Deck Sailing Yacht, Jean-Luc spoke to his doctor about his personal problems. He grew concerned that he contracted an STD. His doctor asked him to share a photo of the irritation and redness he experienced via photo message. Jean-Luc sighed as he snapped the photo behind closed doors. Thankfully, his doctor had some good news.

The redness and soreness were not from an STD, but from chafing. “Hello Jean Luc,” the screenshot of Jean-Luc’s text message read. “It appears that your abrasion is caused by chafing. If discomfort continues, please call back and we will run some tests to be sure. Thank you.”

These party animals are running wild 🦓! Can Captain Glenn pull rank? Stream #BelowDeckSailing on https://t.co/qnRRYO2tVz to find out! pic.twitter.com/wfu9YTcazj

Jean-Luc was relieved about his situation. He shared in his confession, “Thank you, Lord! I woke up and I don’t have an STD!” The deckhand immediately shared the news with stew Dani Soares. She was concerned about her own health and wanted to leave the yacht. He sent her a text message that read, “Doc says I’m good” along with the eggplant and thumbs up emoji.

While Jean-Luc is relieved, he’s keeping a close eye on his personal business. He ended up back in the bathroom. “That was no fun,” he told himself. “That’s for sure.” Jean-Luc did not want his relationship with Dani to end over an STD.

One of the Below Deck Sailing Yacht producers never heard of chlamydia. Meanwhile, some of the fans don’t know what chafing is. According to Healthline, skin condition occurs from a combination of friction, irritating fabric, and moisture. This prolonged rubbing and irritation results in a red rash. In some cases, it can sting or burn and can cause bleeding, crusting, or swelling.

Jean-Luc did not share the details of his problem, but if he had similar symptoms, it makes sense as to why he was so concerned. Chafing not only takes place on the groin and the genital area, but also on the armpits, buttocks, feet, nipples, and thighs. The best way to treat chafing is to avoid whatever caused the problem, air out the area, apply a soothing balm or lotion, or use a topical steroid. Also, the reality star did not share how he treated his personal problem.

Hopefully, it won’t return. This could put a damper on his relationship with Dani. It already sparked concern among the crew since some of the relationships have been interchangeable lately. Below Deck Sailing Yacht airs Monday nights at 9 p.m. ET on Bravo.