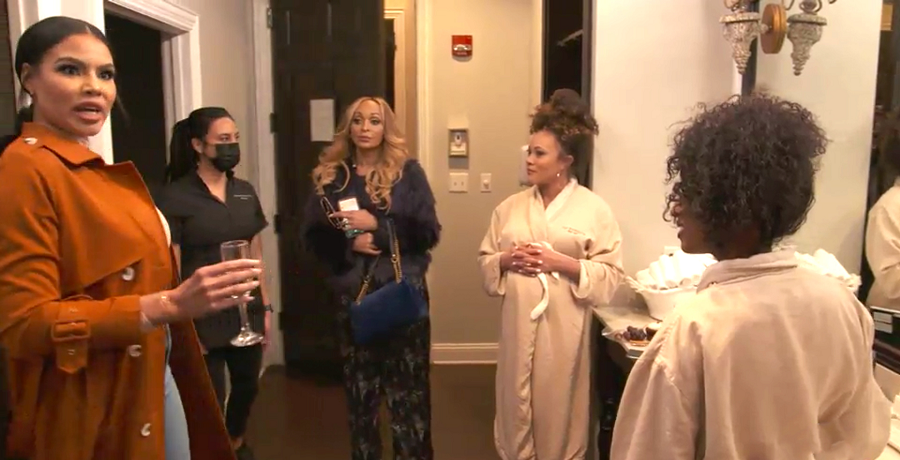 The Real Housewives of Potomac (RHOP) Season 6 officially has a Bravo release date and a trailer. You read that right, the entertaining, wealthy, and trashy women of Potomac are returning to your TV screens for another season. According to Meaww, fans of The Real Housewives franchise have a lot to look forward to. Remember the fight between Candiace Dillard and Monique Samuels last season? Turns out, there will be another feud in Season 6.

Furthermore, someone new will be joining the RHOP cast for Season 6. Her name is Mia Thornton.

The Season 6 Trailer reveals Karen Huger revealing a pretty extreme passion for pubic hair. There’s no context attached to it, but she says “I should be able to show my pubic hair” during the trailer. If you are anything like us, you are dying to know what provoked that declaration.

The Real Housewives of Potomac (RHOP) Season 6 trailer also reveals the pandemic didn’t stop the parties from happening. Robyn Dixon, however, might have regretted attending one of those parties. The trailer reveals her flaunting her skills on the pole right before injuring her poonany. Fortunately, she seems to shake it off jesting that her poonany has been through much worse. Recovering quickly, Robyn returns to flaunting what she’s got on the pole.

Who is Mia Thornton?

It appears as if Mia Thornton will be adding some drama to RHOP Season 6 right out of the gate. Candiace Dillard even considers Mia to be a bit of a troublemaker. Could these two get in a brawl this season? The trailer reveals some tension between the two as Mia chucks Salad at Candiace.

To the surprise of literally no one, the #RHOP trailer promises yet another banner season for Potomac 🌸 pic.twitter.com/EIw5ugSIlh

Ashley Darby was pregnant with her second child during the filming of Season 5. She welcomed her child into the world back in March. During the Season 6 Trailer, she dishes on how hard it is to find time to be intimate with Michael with two children. RHOP viewers know the couple has had a rough go of it over the years.

Unfortunately, the Season 6 Premiere is still a ways off. Real Housewives of Potomac Season 6 premieres on July 11 at 8 p.m. EST on Bravo.