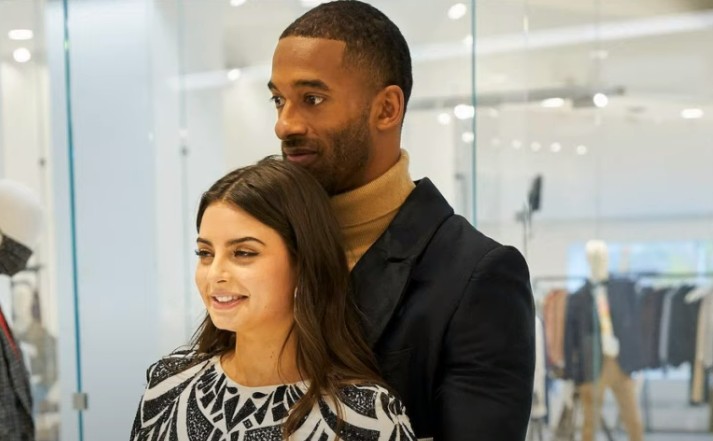 Needless to say, Bachelor Matt James and Rachael Kirkconnell have had a rocky relationship. They fell in love during his season. However, he ended things when news of her past racist actions surfaced. It seemed they would never get back together. It seemed it was constant back and forth and on and off. Now, the two are growing closer and beginning to discuss their future. Could they be considering moving in together?

Despite their rough patches, Matt James and Rachael Kirkconnell seem to be growing closer. The two have been spending tons of time together. Now, E! News shared what inside sources had to say about their rekindled romance and where it’s going.

The source said, “Matt and Rachael are in a really good place right now and are getting serious. They are inseparable and talk all day, every day.” The source continued, “They have been making many plans to see each other so not a huge chunk of time passes before their next visit.”

The two were recently seen together in Miami, New York and California. People close to the couple say Matt and Rachael have discussed her moving to New York City. She wants to be closer to Matt. However, they are taking things slow. The source revealed their plans to see how the next few months go before making any life-changing decisions.

The source said, “They are both taking it slow, but have talked about moving in together. It is an option they are considering, but waiting to see how the next couple of months progress.”

Sources have said Matt truly loves Rachael. After saying he would not be with her on the finale, he’s doing what he can to make their relationship work. Sources said they talked every day.

Things were going somewhat better until Reality Steve revealed Matt was trying to hook up with another woman in Florida. Rachael and Matt once again seemingly ended things. However, a few days passed and Rachael decided to give Matt another chance.

Now, the two seem to be inseparable. Matt would like for his relationship to remain private. However, he understands he fell in love on television and fans want to follow their journey. He previously said, “It is what it is.” He continued, “You’re on a TV show and that’s the reality of it. It was a great life experience and I’m really excited about what’s next and a lot of impactful things that I’m working [on] in the community.”

Stay tuned for more updates on Matt and Rachael.