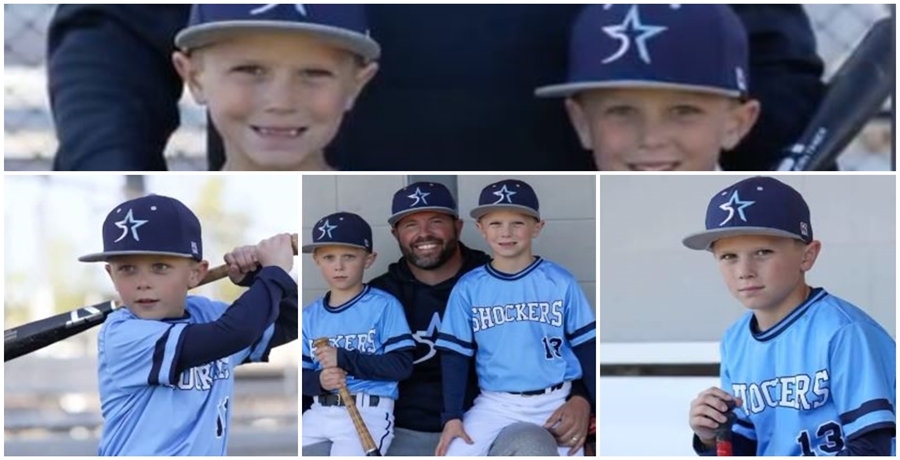 The Waldrop boys, Saylor and his twin brothers, Bridge and Wales all play baseball. Keeping it in the family, their dad Eric coaches them. Additionally, their mom, Courtney seems crazy in love with the game. Even the little kids already start learning the game. The Sweet Home Sextuplets star sounded so proud of her boys this weekend. Probably, her husband Eric feels just as proud as they just won the State Championship.

The Waldrop boys from Sweet Home Sextuplets devoted to baseball

Courtney often shares photos of herself and the sextuplets as they watch the older boys play baseball. Saylor plays in a different age group. Meanwhile, the twins, Bridge and Wales play in the same team. Their dad Eric coaches them and the season looked promising in late March. Taking to her Instagram, the TLC star revealed that they won a championship. Fortunately, Courtney has many kindly supporters who help out when they go along and watch the games.

The Waldrop boys’ love for the game also extends to the sextuplets. Still little kids, they already started playing around with bats and balls. Only plastic and foam, it looks like soon, they follow their bigger brothers onto the sports field. Hopefully, when that happens, TLC  films it for one of their seasons. In the first week of May this year, Courtney revealed the kids all playing ball inside the house. However, they couldn’t break anything with their toy bats and balls.

On Sunday, May 23, the Waldrop boys got a huge shoutout from their mom on Instagram. Their proud mama shared a photo of them with their trophy. In her caption, the TLC star said, “These boys are State Champs!!” Well, fans agree that they deserve it. After all, as busy parents, they dedicate a lot of time to their kids playing baseball. Her post also noted, “What a day yesterday was…Sun up to sun down but these boys battled and played their hearts out and won the State Tournament!! Way to go boys!!”

Naturally, lots of congratulations went the way of the Waldrop boys. One fan commented, “The dirty uniforms suggest some very good plays and lots of fun! Congratulations on that amazing achievement 👏 ❤🇨🇦.”

Another impressed Sweet Home Sextuplets fan noted, “that’s so fantastic congratulations boys what a great job.👏👏You guys must be so proud what a blessing!! Congratulations again and God bless🙏🏻🙏🏻❤️❤️.”

More comments came in like this one: “Yay!! 👏👏 that’s so awesome! We are about to host the Dixie youth league state tournament at our home ballpark in Tuscaloosa in a few weeks! Would have been so fun to have y’all here!!!”

Remember to check back with us often for news about the Waldrop boys, Courtney, Eric, and the sextuples.