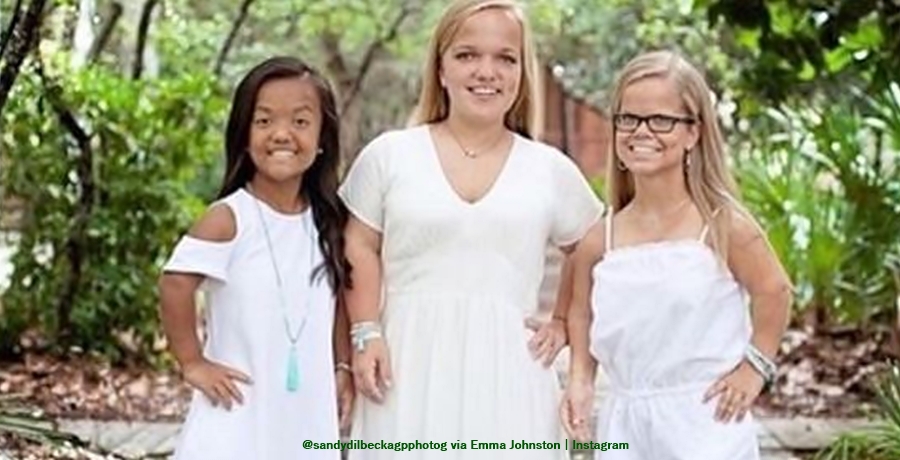 Trent and Amber Johnston recently shared photos of the family moving one of the older 7 Little Johnstons kids into a new home. Well, TLC fans speculated, and by deduction, it sounds like it was Anna who gets a new pad. In the new season, fans expect to see more about Jonah moving out as well. Plus, other fans think that Elizabeth already made the move into an apartment. Now, fans wonder if their parents pay for all this new housing accommodation.

Trent and Amber Johnston told Jonah to move out – what about Anna & Elizabeth?

At the end of the last season of 7 Little Johnstons on TLC, his parents told Jonah to move out. They felt that their oldest son didn’t appreciate the value of money and responsibilities. A lot of fans seemed shocked about it and the TLC stars picked up some heat. However, Jonah’s not a little kid anymore. In fact, he’s in his 20s. Actually, he already previously discussed with his girlfriend Ashley about them moving in together. Of course, fans now wonder if he moved in with her. Probably, the new season reveals exactly where he went.

In March this year, it seemed that rumors about Elizabeth and Anna also moving out were confirmed. It came when the youngest daughter of Trent and Amber Johnston talked about it on her Instagram. Emma hinted about her older sisters moving out of the house.  In the comments section, Trent said that the two girls attend “college full time, work full time and still [make] tv.” So presumably, they moved out together. In fact, that possibility arose as Emma mentioned they live “apart” but still see each other. However, some rumors arose that Liz moved into her own apartment rather than a house.

Who pays for all this new accommodation in the 7 Little Johnstons family?

When Trent and Amber Johnston shared a photo of Emma and Alex “Chillin’ @ the Sis’s Casa 🏠,” this weekend, fans talked about Elizabeth. One of them suggested that only Anna moved into the house as “Liz got an apartment.” Well, it seems that’s incorrect as Trent replied, saying, “nope, your [not] correct!” So, that again raises the possibility that Anna and her sister moved into their new house together. Plus, as they called it the “sis’s casa,’ it indicates that Jonah does not live in the same house.

Another follower asked Trent and Amber Johnston rather sarcastically who pays for it? They wrote, “Is sis paying for this casa or is mommy and daddy?” The 7 Little Johnstons patriarch sounded fed up as he repeated once again, “all big kids work full time, go to school full time (deans list) and make a tv show. They are super busy more than most adults. They pay there (sic) own way in life. It’s called independence and adulting.” So, it looks like the daughters pay for their own accommodation.

Check back with us often for more news and spoilers about Trent and Amber Johnston and the kids from 7 Little Johnstons on TLC. Remember, the new season premieres on Tuesday, May 25 at 8 p.m. ET.