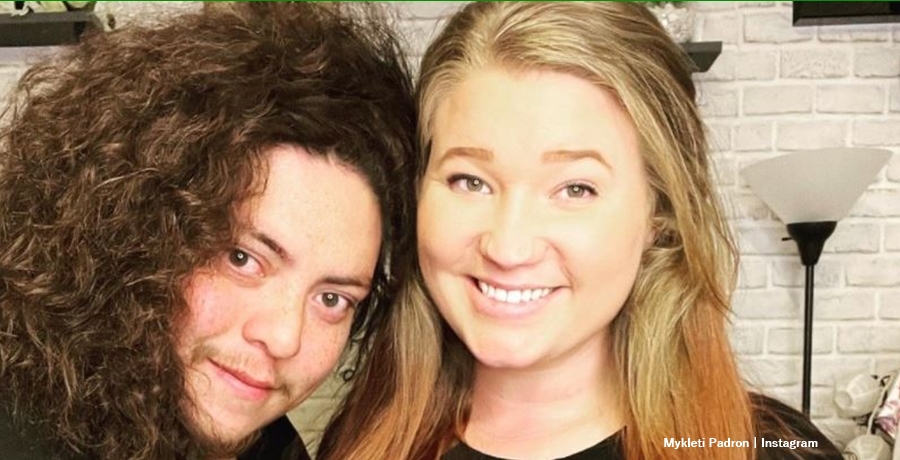 Sister Wives star Mykelti Padron featured in the latest season of the TLC show for the first in ages. Recall, after she married Tony, Christine Brown’s daughter pretty much kept a low profile. The first hint that fans might see more of them on the show came from Tony back in August 2020. Now she gave birth to her baby, Avalon, here’s everything you need to know about her.

In August, Tony, who previously worked in a bank, used that as the reason why he didn’t star on the show after he married Christine’s daughter. However, he took to his Instagram and told his fans that they start a “new chapter.” At the time, he also mentioned working from home in St. George, Utah. So, fans speculated that potentially that means he and his wife might star in the show again. Well, that didn’t really happen but the family made much about it when she gave birth to their first child, Avalon.

Sister Wives star Mykelti later told her fans that she named her daughter after her first car. Their cute baby arrived safely on April 5 at 9:37 pm. With his banking experience, Tony, who married his wife in 2016, might still also earn off consulting or investments online. Additionally, Mykelti contributes with her business, a spinoff of LuLaRoe called Mykelti’s Whimsical Boutique.

Screenrant reminds readers that Sister Wives star Mykelti found opposition from her dad, Kody, about getting into the fashion world. Anyway, at first, it looked like her college was a waste of money. After all, she married and that was the end of that. However, she now puts her college education to good use with her online store. Actually her mom Christine probably inspired her in that direction as she also does well with LuLaRoe.

Sister Wives star Mykelti arrived in the world on June 9, 1996, when the Brown family lived in Utah. She was the second born child of Kody and Christine who also produced Aspyn Thompson, Paedon, Gwendlyn, Ysabel, and Truely. Fans first met her in the TLC show as a teenager, but she didn’t stick around for long. After about four years, when she left high school in 2014,  she went off to study at the University of Nevada, Las Vegas.

What do you think of Christine and Kody’s daughter, who could have stayed on the show for much longer than she did? Are you glad that she’s back now, alongside Tony Padron and her baby girl? Sound off in the comments below.

Remember to check back with us often for more news about  Sister Wives star Mykelti Padron and her husband Tony.