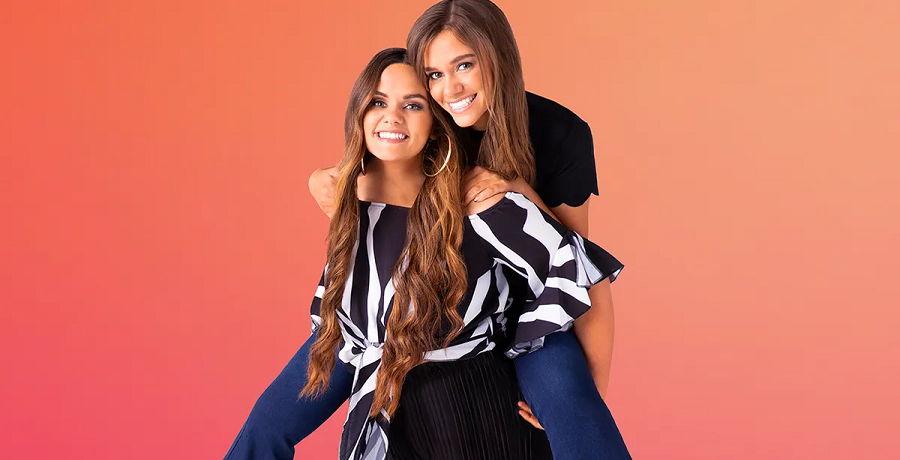 Extreme Sisters stars Brooke and Baylee’s bond could affect Brooke’s marriage. She might see her marriage crumbling. As fans know, the two share a bed, which could put a dent in alone time with her husband, Denver. The sisters also share a strong bond in which makes things awkward for Denver.

Somehow Brooke’s marriage has turned into a love triangle. It’s the most unconventional love triangle in reality television history. Instead of two women in love with the same man, there are two sisters who don’t want to be apart. They want to do and share everything, even if it’s Brooke’s relationship.

Brooke’s husband has a good relationship with Baylee

Extreme Sisters star Denver gets along with Baylee. Because of Brooke and Baylee’s bond, it’s important for Brooke’s husband to get along with her sister. Thankfully, he does most of the time. “For the majority of it? It’s pretty good,” Baylee said in an exclusive interview with The List. “We do have our disagreements sometimes, but I feel like it’s pretty good. He really always sticks up for me, which I really appreciate.”

Denver and Baylee have developed a strong friendship as a result. He’s appreciative of how much she’s helped his family. “Baylee has been there for us through so much,” Brooke said. “Baylee was really there a lot, whenever I needed her. He worked a lot when my daughter was born … I had to go to school. So she watched Ace all the time for me whenever I had nobody else.”

Extreme Sisters — Brooke’s relationship with Baylee could hurt her marriage

Even though Baylee and Denver get along, Brooke’s relationship with her sister could cause trouble with her marriage. Denver is tired of having to have to share his wife with his sister-in-law. Baylee and Denver find themselves vying for Brooke’s attention. Brooke made it clear that she wants Baylee to be part of her life — including her marriage.

Brooke and Denver often have “heated discussions” about the elephant in the room. She feels that her husband “just doesn’t get it.” The biggest problem is that Baylee sleeps in the same bed as Brooke and Denver. The couple can’t get a little privacy without her sister in the same house as them.

Brooke doesn’t think it’s a big deal. In this premiere season of Extreme Sisters, Denver makes it clear that he wants Baylee out of their bedroom. He finally stands his ground and tells Brooke that he’s tired of sharing her with her sister.

“Moving forward in the season, he does kind of put his foot down,” Brooke says. “And you’ll get to see that … it’s definitely  out in this season.”