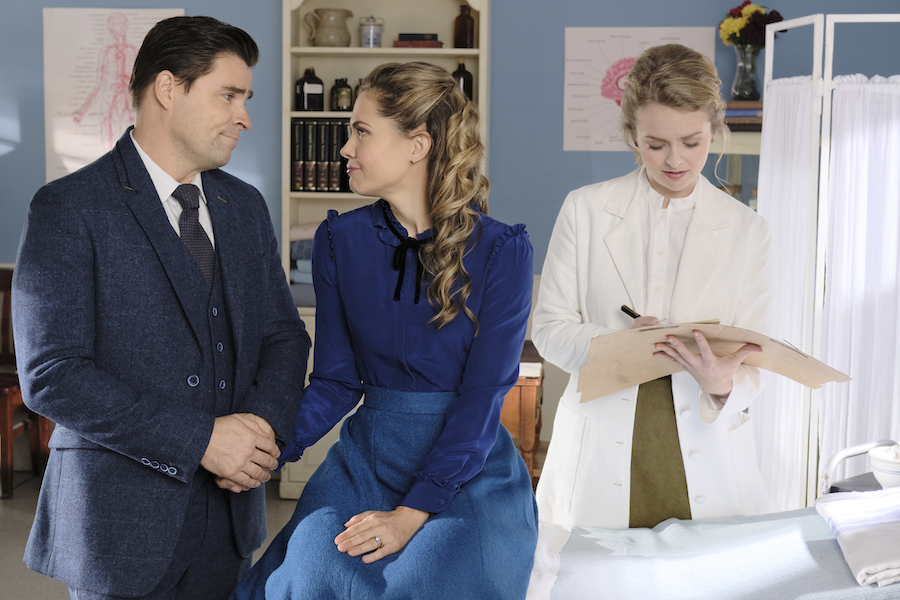 When Calls The Heart’s favorite couple, Pascale Hutton and Kavan Smith, play Rosemary and Lee Coulter. When they were recently promoting their new Hallmark movie, You Had Me At Aloha, they were asked about the passionate fan reaction to Elizabeth’s choice of Lucas.

Both had a lot to say and even made some bold predictions.

What did they have to say?

When Calls The Heart’s Pascale Hutton

Recently, ET’s Deidre Behar interviewed When Calls The Heart’s Pascale Hutton and Kavan Smith. They have a new movie, You Had Me At Aloha, coming soon. However, Deidre wanted the tea on the impassioned and decisive response to Elizabeth’s choice at the end of Season 8.

Pascale admitted she had been on social media. She reported that “the fans have been vocal.” However, she didn’t consider this “surprising.” She pointed out that they did create “two teams.” That was Team Nathan and Team Lucas. Pascale admitted that “whichever team that doesn’t win is going to be upset.”

However, she does point out that Hearties have been upset before. She cited a couple of examples, including her own character’s appearance on the show, making it a rivalry for Jack’s affection. Another, more obvious point of contention was when Jack died. That is because Daniel Lissing was leaving the show.

Moreover, Pascale doesn’t think this is a “negative thing.” She interprets this passion as demonstrating “how much they love and care.”

When Calls The Heart’s Kavan Smith said he was “disappointed at how vitriolic it got.” He shared that the thing about WCTH fan response. Smith said that in the past, comments were “so overwhelmingly positive.”

Kavan admits he was “taken aback” by some of the “personal attacks.” He revealed that some of the attacks did not show a deep understanding of the “decision-making” that goes on behind-the-scenes of a show.

As an actor, Kavan Smith was concerned about fellow When Calls The Heart actor Chris McNally. Hearties said some negative things. These statements were directed at Lucas. Kavan felt that some of those comments were “so harsh.” Moreover, he stated that Chris is “such a nice guy.”

So, Kavan took his fellow actor out for coffee. Turns out, Chris was doing great. However, Kavan didn’t have to ever worry.

He just hopes that “the fans will come back.” In addition, he feels that this is a “show that is worthwhile.”

Pascale Reminds When Calls The Heart Fans What Show Is About

When Calls The Heart fans always want to remember that this is a show about “love and hope.”

Be sure to catch the premiere of Pascale and Kavan’s new Hallmark movie, You Had Me At Aloha. It premieres on Saturday, June 5, at 9 p.m. Eastern.