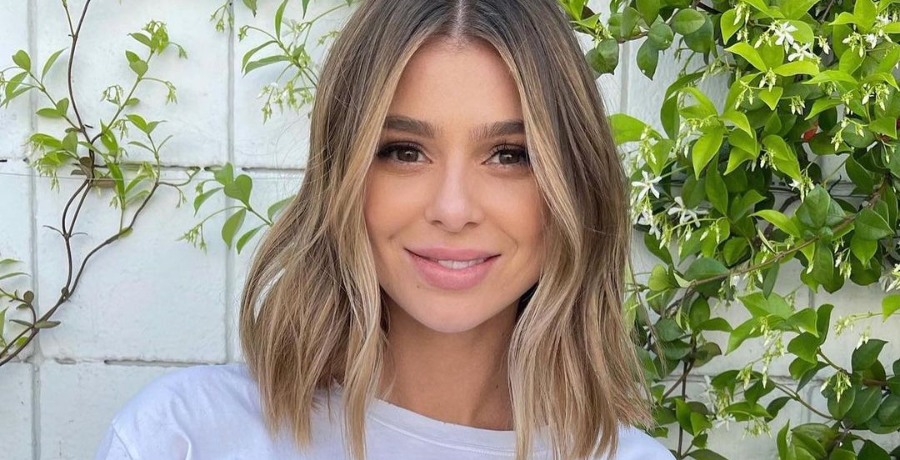 Vanderpump Rules fans assumed Raquel Leviss is pregnant with her first child. TV Shows Ace previously reported her engagement to James Kennedy. Raquel and James have been dating since 2016. The two met on Season 5 of the Bravo series.

On Sunday, May 16, James and Raquel took to their respective Instagram accounts to share the news with their fans. James proclaimed that Raquel is the love of his life. He credits his girlfriend for keeping him healthy and sober. Now, fans think the reason why the couple is planning their wedding is that Raquel is pregnant with his baby.

Raquel Leviss shared a photo on social media that caused the pregnancy rumors to swirl. She appeared in a selfie that showed her smiling from the passenger seat. The model wore a long-sleeve brown top. She smiled at the camera, while James smoldered at the camera as he wore a black shirt and eyeglasses.

This particular photo caused the pregnancy rumors to swirl. Vanderpump Rules fans thought Raquel was the next one to get pregnant. Last summer, there was a Pump Rules baby boom that involved Stassi Schroeder, Lala Kent, Brittany Cartwright, and Scheana Shay. Now, all four women are enjoying their lives as new moms. In the meantime, fans are wondering who will get pregnant next.

However, the photo is no longer up on either James or Raquel’s social media accounts. She later confirmed, in a now-deleted message, on Instagram that she’s not pregnant. The angle combined with the unflattering top led the pregnancy rumors to swirl. “Lol I’m not pregnant,” Raquel wrote. “I was slouching and James caught me off guard with a quickie one pic selfie.”

One Vanderpump Rules fan shared the confirmation on Instagram. Other fans jumped in the post and shared their thoughts. Most agreed that people should stop speculating if a woman is pregnant. They commended Raquel for showing her body as it is.

Raquel Leviss is back to work at SUR

SUR has since reopened. Also, Vanderpump Rules Season 9 is in full swing and filming. Raquel Leviss took to Instagram on Saturday, May 22 to share a photo of herself with fellow co-star Charli Burnett. Both ladies wore their signature black SUR uniforms.

“Hi, we will be your SUR-vers today,” Raquel captioned the photo.

Charli commented on the post with the “🙌🔥” emojis. Both Charli and Raquel are back for the upcoming season. Also returning are Raquel’s fiance James, Lisa Vanderpump, Tom Sandoval and Ariana Madix, Kate Maloney and Tom Schwartz, and Lala Kent. Bravo has not announced new cast members for the season. Fans are hoping that the show will focus on the original cast since last season had too many new faces.

What are your thoughts on the Raquel Leviss pregnancy rumors? Sound off below in the comments.