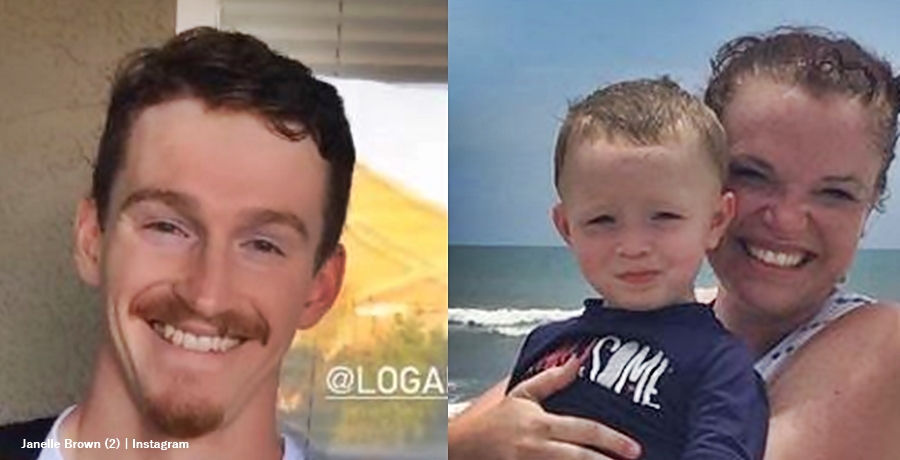 Logan Brown and Axel Brush look very similar, some fans think. However, that’s hard to tell because Janelle’s oldest son with Kody has dark hair and Axel’s is light like his grandma. Also, Axel’s uncle Logan arrived in the world long before his nephew by Maddie Brown. So, what could a little boy and his much older uncle share in common?

TLC fans know that Janelle feels very proud of her first grandchild, Axel. Mostly, because he’s such a good older brother to his little sister Evie-K.  However, that’s not the main thing that they have in common. Back in December 2020, the Sister Wives mom proudly revealed that her oldest child graduated with an “MBA from UNLV.” At the time, she also mentioned that he also worked as an “executive director of a student-run venture capital firm.”

Logan Brown also made Janelle feel happy as he brings an example of good work ethics. Engaged to Michelle Petty, he still remembers to call home. Well, Axel only just started Pre-K and he’s definitely not engaged. Apart from Axel Brush being the son of Logan’s sister, Maddie, what else could they possibly share in common? Well, we dug around a bit and discovered something you might not have already realized.

Janelle shouts out her grandson on his birthday

This week, Axel turned four years old. Maddie shared photos of her son and some stories about his big day. She can’t believe how fast the time went by. After all, not that long ago, he hit the terrible twos.  Probably, along with the rest of the family, Logan Brown also reached out to him. Janelle shared a photo of her cute grandson on the beach, In her caption on May 20, she said, “Happy 4th Birthday to my first grand-baby Axel. The little boy who quickly stole my heart and made me a grandma. How I love you!”

The post where some Sister Wives fans thought that Axel Brush took after Logan Brown came three days before Axel’s birthday. She shared a throwback photo of all her kids from about 11 years ago. Perhaps, she felt very reflective thinking about how her daughter Savanah was only two years older than her grandson at the time.

The thing that uncle and his nephew share in common

When Janelle shared about Axel’s birthday only a few hours passed before she shared a photo of Logan on her Instagram Stories. She called him “the love of my life.” Plus, she wished him a “happy birthday.” Well, it turns out that when her grandson arrived four years ago, he came the day before Janelle’s oldest son celebrated his 23rd birthday. If he arrived a few hours later, he and his uncle would actually share the exact same birthday month and day.

Remember to check back with us often for more news about Logan Brown and his nephew, Axel Brush.