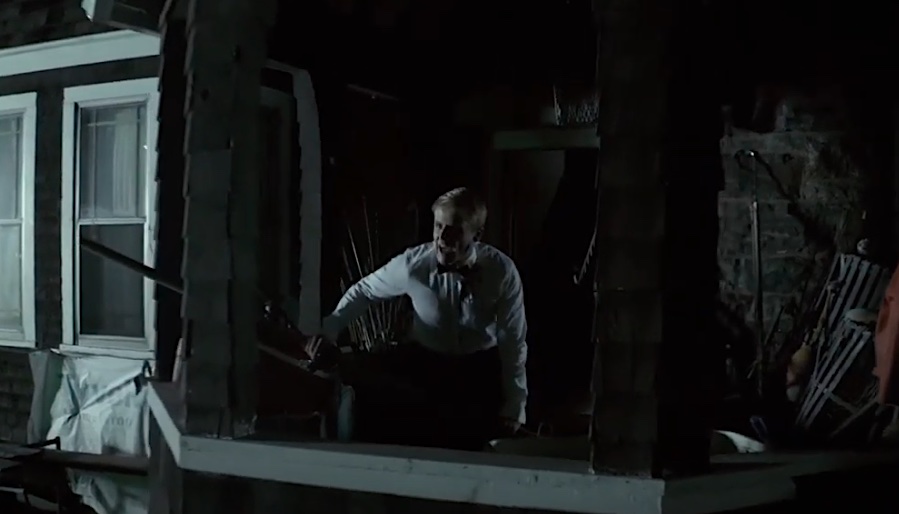 Shark researcher and killer Bruce Kane is back. Is it safe to go back into the water? You know the answer, as this is a Lifetime cautionary tale!

What Is Lifetime’s A Predator Returns About?

According to the Lifetime synopsis, Killer and shark-obsessive Bruce Kane (Stevenson) is in hiding, masquerading as a shark researcher in the isolated lighthouse where high school student Courtney (Sinnott) and her friends have decided to go swimming. After a fling, Courtney can’t shake Bruce from her life and has to take matters into her own hands when his obsession turns deadly.

According to the synopsis, on an idyllic day at the beach, Alison (Blanchard) and her younger brother, Kevin (Goss), are saved from a vicious shark attack by the brooding and mysterious Daniel. To Alison’s mother, Diana (Mason), Daniel is a hero.

To Alison’s boyfriend, Carson (Dockery), Daniel is a threat whose stories don’t quite add up.

Daniel charms his way into Diana’s heart and home, but Alison grows suspicious of his odd and protective behavior. When Alison’s loved ones start to go missing, she discovers Daniel isn’t who he says he is, and that he has a dark past with a body count.

However, “Daniel” won’t stop until Alison belongs to him, and she must stop him before Kevin and Diana become his next victims.

This airs two hours prior to A Predator Returns.

Do You Need To Watch First Two Movies?

What if you have not seen the first two movies of Lifetime’s Stalker Prey series? Is it worth dipping into A Predator’s Obsession? Absolutely. Moreover, if you love the horror genre, this movie is significantly more “darker.”

According to an interview with FanSided’s 1428 Elm, director Colin Theys, this can be watched as part of the series or as a “standalone.” You do not need to watch the first two movies in the series to understand the storyline.

However, although this is a darker movie, this is more of a psychological movie, focusing on the stalker elements. Subsequently, this is less of a horror movie. This thriller will surely leave you on edge!

Be sure to catch the premiere of A Predator Returns on Saturday, May 22, at 8 p.m. Eastern, on Lifetime.