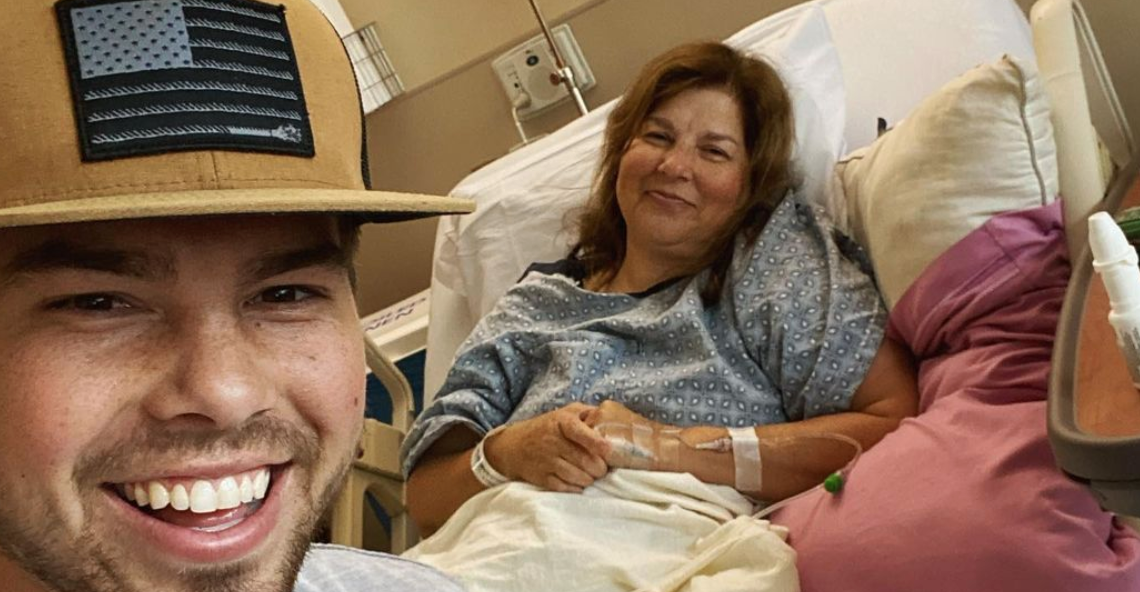 Kelly Jo Bates sadly spent Mother’s Day in the hospital, as we previously reported. The Bringing Up Bates mom has since shared an update about her health and what’s going on.

In his Mother’s Day post dedicated to her, Trace Bates shared a snap of himself and his mom. She’s sitting in a hospital bed, and he writes, “Everyone is probably wondering what’s wrong- there’s something on her esophagus causing pain. They are checking for infection and a perforation. So we are waiting to find out what they can do.”

Several other members of the Bates family shared similar posts about her hospitalization as they dedicated social media posts to her on Mother’s Day.

Naturally, fans were pretty concerned about her. They want to make sure that she’s okay. Many of the family’s fans sent encouraging words her way and asked for updates.

On the show, Kelly Jo’s recent surgery has been documented. It was to help with her acid reflux, and it seems like it went smoothly. As she recovered, she said that she was thankful that she went through with the operation. It’s unclear whether this new health issue is related.

On Instagram on May 10, Kelly Jo shared a video, giving fans an update on her health scare. She writes, “Update: Thank you all for praying! I got checked out! Thank everyone for your prayers and concerns! I am going home to rest and to finish antibiotics! So excited! I know I keep getting ‘wake up’ calls to eat healthier and do better, so maybe I’ll have more success with my motivation this time 😱”

In her video, Kelly Jo explains that she’s on her way home from the hospital and picking up her prescriptions. She thanks her followers for all of their love and prayers too.

She went to the ER on the Wednesday prior to Mother’s Day due to some pain that began in January. As it worsened, she decided to seek medical attention. She tells fans that the new issue isn’t related to her surgery, adding that the operation in October went “tremendously.”

It sounds like this issue was caused by an infection in her esophagus. Luckily, it seems like she’s going to be okay with the help of the medications.

So, are you glad to hear that Kelly Jo Bates is doing better now? Let us know in the comments below.

For more updates about the Bringing Up Bates family, check back with TV Shows Ace. New episodes air on UPtv Thursdays.