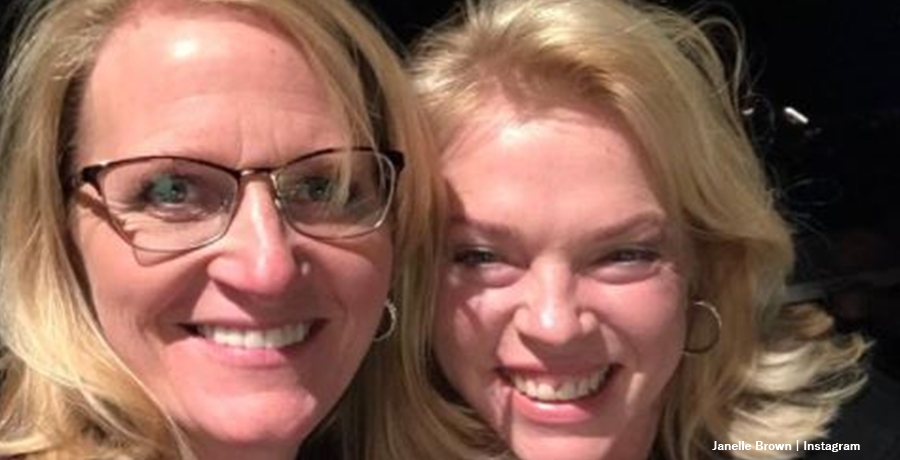 Janelle Brown from Sister Wives on TLC seems quite popular with fans. Well, usually, but she actually took a bit of heat from them in the last season of the show. However, on her Instagram, most of her fans only say nice things about her at the moment. Actually, she seems like a fun character and often posts interactive things so her fans can engage directly with her. However, she just admitted that she’s a stalker. So, what’s going on?

Janelle Brown clashed with her husband but is she now stalking Kody?

In the last season of Sister Wives, fans saw that Janelle, who seldom clashes with Kody, ran up against some issues with him. One of those involved him feeling angry as she refused to ground Gabriel and Garrison. Recall, filmed during the quarantine, Kody hated that his wife didn’t want him visiting her. She thought that as Garrison and Gabriel went out and about for work and other things, that they might pose a COVID-19 risk. If Kody stayed with her and then took the virus to the other wives, that’s not ideal.

Are Kody & Janelle Brown In A Tiff Over Grown Children?

Meanwhile, Kody grew irritated and wondered by Janelle Brown sided with Gabe and Garrison. After all, he felt she could just force them to stay home. However, the Sister Wives star argued back, saying the boys are adults, so she can’t ground them. Well, eventually, he caught up with her again. Nevertheless, he also accused her of laziness which just about killed any remaining affection TLC fans might have for him. For the first time, it seemed a rift between the two took place. So, is she stalking him now?

Moving on in real life, Sister Wives star talks about being a stalker

In her off-screen life, Janelle Brown goes about her business and keeps her fans updated. She posted up on Thursday, May 20, about her grandson Axel turning four years old. Plus, she revealed a cabbage meal that she ate. Fans know that she simply loves getting fresh produce from the Farmers’ markets, so that’s not unusual. In fact, quite often her posts become very interactive as she enjoys sharing recipes with other people. So, how did stalking come into her day?

Well, it turns out that Janelle Brown admitted that she’s a stalker, but no, she’s not stalking Kody in a fit of jealous anger. In fact, her photo also revealed that she spent time in her garden. There. she awaits some flowers. In the caption, she wrote, “The “stalking” of the peonies has begun.” So, she’s  busy “watching for the day the blooms come!” Actually, Sister Wives fan can probably easily imagine her hovering over her plants, just waiting for the first flowers.

Remember to check back with us for more news and updates about Janelle Brown who stars on TLC’s Sister Wives.