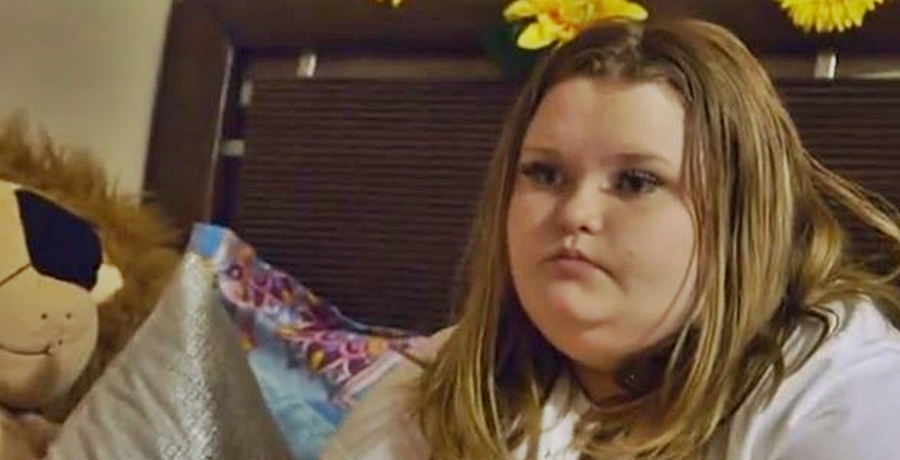 Honey Boo Boo critics seem almost as obsessed with the weight of the chubby teen as they are with June’s fall from grace and they slam her as if she stars on 1000-LB Sisters. Or at least, some fans think so, anyway. Not all of the criticism really seems like trolling directly on a child. In fact, many critics seem genuinely concerned about Alana’s future health. Notably, the comments didn’t come on a post by WEtv or by any of the family.

The photo that WEtv fans saw came from the show itself. On the show, fans saw that June Shannon confessed that she put on a lot of weight. We reported that she sat down for a short interview with Bravo’s Andy Cohen. In the virtual chat, she confirmed that she really did put on about 40lbs during the COVID-19 quarantine. However, she and Pumpkin seem rather more concerned about trolling on Alana.

Honey Boo Boo critics went after the 15-year-old teen over her nails, her hair, her clothes, and more. But her family defended her. In fact, Pumpkin felt that fans should stop trolling her little sister. After all, she’s still a school student. Plus, she’s much like many teens of that age anyway. Additionally, she already went through “hell” when her mom and Geno ran off and became estranged. Nevertheless, some people seem totally worried about the fact that Alana looks heavy for her age.

Perhaps Honey Boo Boo critics sometimes struggle with recalling that the show films quite a long time before fans actually watch the show on television. So, often, their comments might be a little bit out of date. In fact, Eleven Magazine noted that late last year, Alana seemed determined to lose weight and get fit. She posted up photos of  herself wearing “an oversized Nike T-shirt with black leggings and white sneakers.” In the comments, many fans liked that she looked healthy and serious about weight loss.

Possibly, since the show filmed, Honey Boo Boo critics comment on old news from some time back. In fact, it might not apply to the present time. Nobody knows for sure, but perhaps she lost some weight after the scene from the show where some critics think that she looks as big as her mom, June Shannon. Perhaps that’s why one fan grew angry about the comments on Alana’s weight.

The WEtv fan commented, “Omg, I feel [like] I’m reading comments all over again from the 1000lb sisters. STOOOPPPP!” Meanwhile, another fan suggested people worry too much and that maybe, when she gets a bit older, she loses some weight.

What do think about Mama June‘s Honey Boo Boo critics being concerned about her weight? Are they acting as if she stars on 1000-LB Sisters or something? Or, do they perhaps genuinely care about the TV star? Do you agree that she might take her weight loss more seriously a bit later in life? Sound off in the comments below.