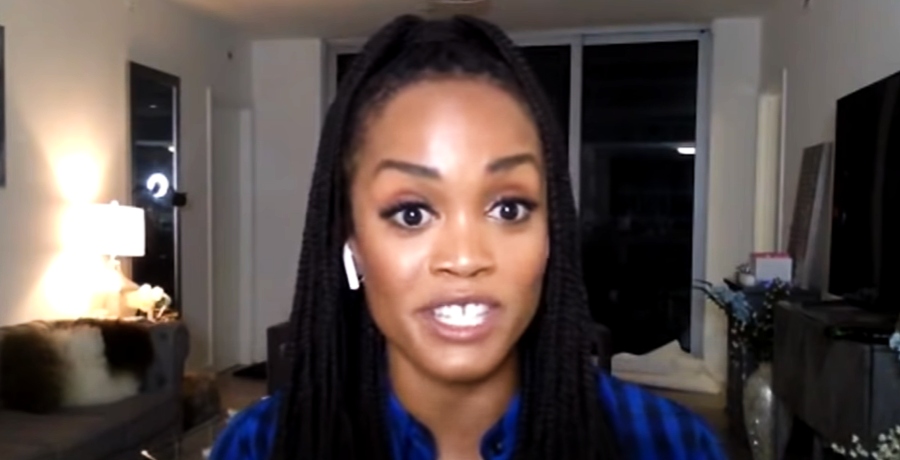 Rachel Lindsay talked about the casting for her season of The Bachelorette in a recent interview. Rachel has never been one to hide how she feels about things. She’s been very vocal about the change she wants to see with the franchise. She went onto Ziwe Fumudoh’s series to talk a bit more about the experience.  Ziwe didn’t hold back with her questions.

Lindsay said the show thought it was interesting, because the Black contestants on her season, “didn’t date Black women.” Rachel didn’t find that interesting. She shared she cried over the selection of men. She didn’t understand why men who didn’t date women like her wanted to be on the show.

What Did Rachel Lindsay Say About Backlash?

Ziwe asked Rachel Lindsay if she got any backlash for choosing Bryan Abasolo in the end. Rachel said while she worried about that going on the show, she said she was given more grace as the first POC in the role. Fans on her Instagram said they feel like she ended up with exactly who she should have been with. One said, “I’m so happy that y’all two are still going strong! My favorite Bachelorette always!”

According to E Online, the host said, “all three of the Black Bachelors and Bachelorettes have ended up with partners who are not of color.” Rachel said once it happened more than once. She said it started something because then people started saying they aren’t going to choose a POC for their winner.

She Thinks The Whole Franchise Needs To Diversify

Rachel Lindsay said the show thinking it was interesting that her contestants hadn’t dated black women, is just what’s wrong with the show. She said, “that’s why I’m speaking out.” She said they don’t just need to diversity the cast, but the people filming as well.”

Rachel seems to be moving on from her time as part of Bachelor nation. She’s working for Extra and most recently covered the Movie and TV Awards at MTV. Rachel left Bachelor Happy Hour because she felt it was time to move on. When she left it was her hundredth episode. She thanked everyone who listened. She shared, “if you miss hearing my voice, you know you can find me over at Higher Learning on Spotify.”

Higher Learning is her new podcast where she talkes about Black culture, politics, and sports with Van Lathan. She shared a picture of her pants suit from the red carpet. Fans and Bachelor nation loved it. Bri Springs said, “she did not come to play,” with fire emojis. Are you surprised Rachel Lindsay is still talking about the franchise after moving away from it? Comment with your thoughts down below.